Bringing the Gospel to an indigenous people group—that is what missionary Steven Wolfe is doing in his own backyard—or nearby parking lot. Through his work with Solid Foundation Skate Park in Midland Park, NJ, the ministry is reaching hundreds of local youth and their families every year.

“Being a ‘local missionary’ is a challenge,” said Wolfe. “I don’t think people realize that kids in New Jersey, who seem to have everything, are often missing the one greatest thing ever. I’ve always considered myself ‘on the field’ just as much as a missionary in a third world country. It’s just a different field.”

Wolfe, a skater and one of the creators of Solid Foundation, serves as executive director and only full-time staff member. The organization is an outreach of Touch the World Ministries. Solid Foundation Skate Park was started in Wayne, NJ in 1999 by Wolfe and two other skaters and was originally called Shiloh Skatepark. Later, in 2002, the group teamed up with Touch The World Ministries and changed its name to Solid Foundation. Over the years, the outreach has drawn hundreds of participants every year and has added ministry components like junior high and high school SkateClubs and the Groms SkateClub Bible groups. In addition, members of Solid Foundation take missions trips to help churches around the country build skate parks and host skateboarding camps.

The ministry has also participated in large scale events in recent years, such as Revelation Generation, which gives a few of the talented guys from Solid Foundation an opportunity “to skate for the crowd and use their gifts for God’s glory.”

And the number of lives reached continues to increase. “We’ve seen so much more than just a few skaters impacted by our ministry; it’s so exciting for me when an entire family is impacted, and it happens all the time,” said Wolfe, a member of Cornerstone Church in Wyckoff. “A kid will hear the Gospel at one of our Saturday skate sessions, and start coming to our weekly Bible study groups and even start coming with us on a skateboarding missions trip. And, the parents can’t help but start asking, ‘What is going on with my kid?!’ It’s awesome to be a part of.”

Part of the experience at Solid Foundation involves serving those who are less fortunate. According to Wolfe, it’s a great way for young people to grow in their faith and it may even play a part in them coming to faith.

“Our perspective on ‘evangelism’—how to do it and what it looks like—has completely changed,” said Wolfe, who lives in Hawthorne, NJ with his wife Kim and two young daughters. “Kids are so skeptical of religion, the church, etc. today that they often will hear a message and question everything – which is not always a bad thing, in my opinion.”

Wolfe believes that the best way for kids to find real answers is to challenge them to put their faith into action. “The disciples didn’t have all the answers, or have it all together, but Jesus gave them responsibility and opportunities to get their hands dirty serving their king,” he said. So Wolfe takes skaters intoNew York Cityto serve the poor and give out items like coats, socks, toiletries, and food. And according to Wolfe, the kids love to serve.

On a recent trip to the city, the youth accompanying him struck up a conversation with a young guy living on the street wearing skate shoes. “It turned out that he used to skate, but was now a heroine addict trying to get some help to check into rehab,” said Wolfe. “Rather than giving him a few bucks for a bus fare, we took him in our van up to Columbia to check into one of the best programs in the city. It made such a huge impact on our guys to make a difference in this guy’s life.”

Meanwhile, as the ministry of Solid Foundation grows, Steve Wolfe will continue to bring the truth of the Gospel to those who are searching. As he ministers on the asphalt, he will show others how to build their lives on the Rock. 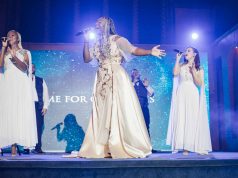 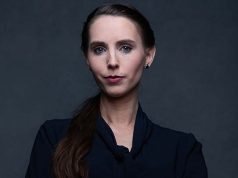