It was one of the most difficult times in her life. She had lost everything. Her husband had already died and now her son, her only son—a mere young man—was dead also. We don’t know her name, but we know she must have experienced indescribable pain and hopelessness as they carried her dead son through the city gates for burial. Who was this woman? She was the widow of Nain recorded in Luke 7:11-17, and she was about to witness Jesus’ resurrection power overcome death.

The picture is powerful. This grieving woman, with a large crowd of mourners, moved out of the city to bury her son. Jesus Christ, accompanied by a large crowd of disciples, moved toward the city to release life! To the mourners, the hope of life had passed, and the finality of death had come. To Christ, the hope of life had come, and the finality of death had passed. With love and compassion, Jesus said to the widow, “Do not weep.” In other words, He told the woman no longer to grieve because, in His presence, death would reign no more. Then Jesus, being the resurrection and the life (John 11:25), released the young man from death as He told him to arise!

Because of culture, tradition, and modern experience, we often limit our understanding of resurrection power to be either an “event” that happened a long time ago (Acts 10:40), or an “event” yet to come following natural death (John 6:40). The Bible, however, reveals yet another dimension of resurrection power. It is the very present “releasing of God’s life” through His Son, Jesus Christ. Seeing the resurrection as only a past or future “event” can easily lead us to accept the finality of present difficulties, and even leads us to carry our hurting marriages, businesses, and jobs out of the city for burial rather than to Jesus for healing!

When Jairus’ servants came to tell him his daughter was dead, they said, “Do not trouble the Teacher.” In other words, even though they may have believed Jesus was a “special” teacher, they never expected Him to demonstrate authority over death! Nevertheless, Jesus said, “Do not be afraid, only believe, and she will be made well” (see Luke 8:49-51). When Jesus arrived at Jairus’ house, even the crowd ridiculed Him! (Matthew 9:24) Yet, Jesus brought the girl back to life!

While ministering at a conference only a short time ago, it was impressed upon me how God so deeply desires for us to understand the true nature of His resurrection power and life provided through the Gospel of Jesus Christ. I asked the mostly Christian crowd if they had ever met someone raised from the dead. No one raised a hand. Yet, thankfully every Christian could have raised their hand and shouted for joy declaring, “Yes! I have been brought back to life! I was dead in my sin, and now I am alive in Christ!” (Ephesians 2:1) I believe this ultimately points to every physical resurrection! The person and work of Jesus Christ enable us to pass from death to life! Not only can we celebrate the resurrection of Jesus Christ and look forward to the great things to come, but we can also experience the life of the resurrection here and now! It’s the very present provision of God’s promise through Jesus Christ that He desires for us both to receive and release to this hurting world. Jesus said, “As you go, preach, saying, ‘The kingdom of heaven is at hand. Heal the sick, cleanse the lepers, raise the dead…’” (Matthew 10:7-8)  Let’s do it! 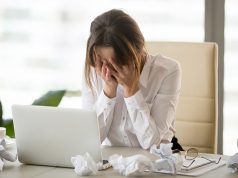 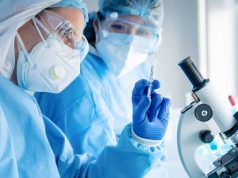