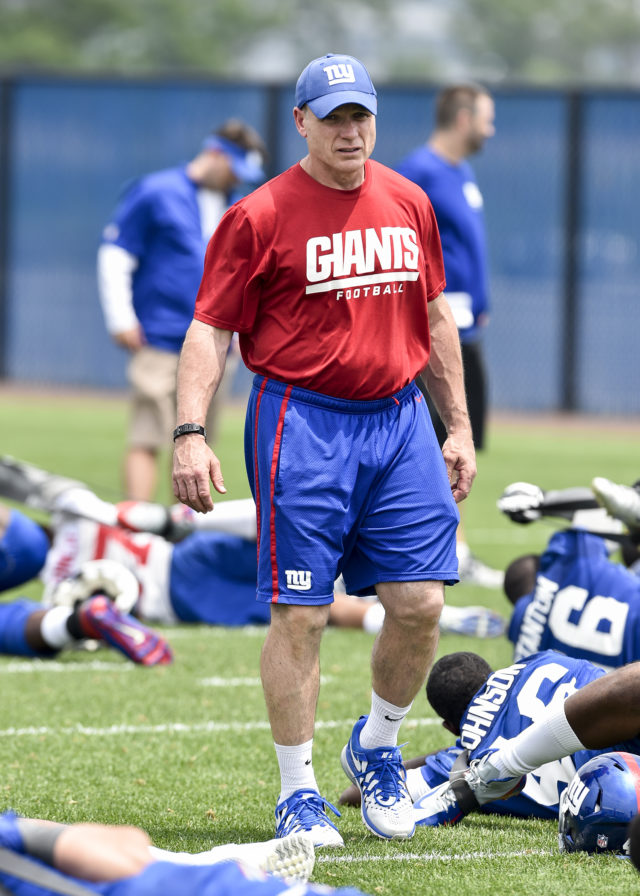 Jerry Palmieri spent a career helping athletes maximize their potential, often well beyond what they might have thought possible. A strength and conditioning coach in the college ranks and ultimately for two decades in the NFL, the Bergen County native was among the best in his field and a key member of the last two Super Bowl-winning teams with the New York Giants.

It should come as no surprise that even in retirement, Palmieri is still focused on seeing what is possible and doing everything he can to make it flourish.

That’s what Palmieri has been doing for the past six months, transitioning from the Giants to a nearly full-time volunteer role with the Fellowship of Christian Athletes. His drive is two-fold: To connect North Jersey student-athletes with Jesus Christ, and with each other.

“There are a lot of pressures in high school. It’s difficult for a young man or woman to step out and say, ‘I’m a Christian. I’m going to live life contrary to the way everyone else is,’” Palmieri said recently. “When you connect to a group like Fellowship of Christian Athletes (FCA), and other student-athletes and coaches, you realize, ‘Hey, I’m not the only one, and there are others who believe like me.’ And your faith becomes stronger and you’re more confident now in what you believe in.

“Kids realize there are others thinking like I am, others that have the same desires and want to serve the same God. There’s strength in numbers, and that’s why fellowship is so important.”

Palmieri grew up in Dumont and eventually married his high school sweetheart, Ellen. He first became aware of FCA at Montclair State.

“It wasn’t much more than a Bible study that met weekly, but it was a group that met on campus,” Palmieri said.

He and Ellen went on to the University of North Carolina, and FCA truly grabbed their hearts. Ellen attended a fundraising dinner and heard student-athletes share their testimonies and the impact of FCA as a ministry.

Stops at Oklahoma State, Kansas State, and Boston College always included FCA, though that changed with the move to the NFL as part of Tom Coughlin’s staff – first with the expansion Jacksonville Jaguars, then with the Giants. Time demands and local opportunities to serve with FCA were few.

That changed in 2016 when Jerry and Ellen joined the FCA North Jersey Leadership Board, and Jerry’s retirement this past spring opened the door to jump in. He began contacting coaches, administrators, parents, student-athletes throughout northern New Jersey – anyone he could think of or was introduced to who might be interested in starting an FCA huddle at their school.

“The ministry has done phenomenally well in South Jersey with 130 huddles in Monmouth County and South Jersey,” Palmieri said. “In Bergen County, there are only two official huddles – Fair Lawn and Wood-Ridge.”

Palmieri’s efforts are bearing fruit at Northern Valley-Old Tappan, where a huddle started up toward the end of the past school year. Students have submitted paperwork at Bergenfield, Rutherford, and Mahwah high schools as well, with the hopes of starting huddles this year.

“That’s just scratching the surface,” Palmieri said. “There are roughly 100 high schools in Bergen, Passaic, and Essex counties that need to be reached out to.”

The potential of a plentiful harvest in North Jersey certainly motivates Palmieri. More important to him, however, is that student-athletes would be rooted in Christ.

That deep connection between God and student-athletes and coaches in northern New Jersey is one that motivates Palmieri in his prayer-driven vision for the area.

“Ultimately, I’d like to see every school have an FCA huddle on their campus. I don’t see any reason why there couldn’t be,” he said. “I firmly believe there are Christian student-athletes in every school. There may not be many, but I think shooting for any other number than that would be falling short of the goal.

“I understand that 100 percent is unlikely, but what number are you going to choose? What number should we be satisfied with?”

Drew van Esselstyn is the North Jersey area director for FCA. For more information on this ministry, contact Drew at dvanesselstyn@fca.org. Website: www.fcanj.org.