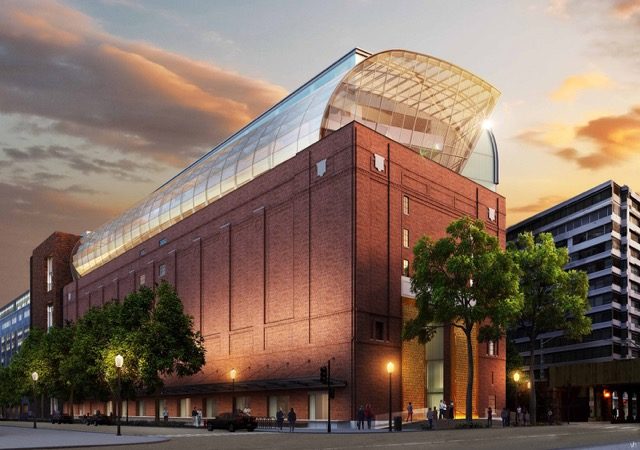 When visitors to Washington, D.C. tour the capital’s historic museums and monuments, they now have more than just American history to learn. They also have the opportunity to explore the history of the best-selling book of all time – the Bible.

The $500 million, 430,000-square-foot Museum of the Bible opened on Nov. 17 in the heart of the nation’s capital, within walking distance for visitors and just two blocks from the National Mall and National Air and Space Museum and three blocks from the Capitol building.

With cutting-edge technology spread out across eight floors, it will be the largest museum in the world dedicated to the history, narrative and impact of Scripture.

It will open seven years after a Museum of the Bible 501(c)(3) nonprofit was established and five years after the site was purchased. It formerly was the Washington Design Center. Construction began in December 2014.

The museum’s founder is Hobby Lobby president Steve Green, who said public opinion surveys were conducted to determine if people would visit the museum.

“The question was: If we built it, would they come? The answer was overwhelmingly yes—if it was done well and done right,” Green said. “[The survey] also showed that it would be best attended in Washington, D.C. … That is where museum-goers go. To be right there with all the museums would be the best place for us to be.”

Each visitor to the museum will receive a hand-held tablet known as a “Digital Guide,” which will take advantage of 500 wireless access points to give guests a one-of-a kind personalized guide. It can adjust the tour when a guest deviates from the pre-planned tour and even can re-route a tour when certain rooms are packed with visitors. The Digital Guide has three age levels: adults and teens; 9-12, and 8-and- under.

The museum will be a “celebration of the Bible” to be enjoyed by all people – Christians and non-Christians alike, Green said.

Forming the core of the museum’s eight floors will be three permanent exhibits:

“The average person has no clue the degree that this book has impacted their life,” Green said. “We want to show that, whether it be in science or art or literature or government or compassion ministries.”

A restaurant serving foods of the Bible will reside on the top floor. The museum also will house a 500-seat performance arts theater.

Green said his passion for the Bible came from his father, Hobby Lobby founder David Green.

“God has blessed us tremendously, and we do strive to operate our business according to biblical principles,” Steve Green said. “[My love for Scripture] goes back to the love that our family has passed down to us – my parents and my parents’ parents, and it goes even further back than that. It’s a love for God’s Word. … We want to celebrate and highlight this Book, and encourage all people to engage with it. That is the bottom-line goal for the Bible museum.

“… The way I look at it, we have the best material of any museum in the country. We have a book that has changed our world like nothing else has.”

Michael Foust is an award-winning freelance writer and father of four children. He blogs at www.michaelfoust.com.