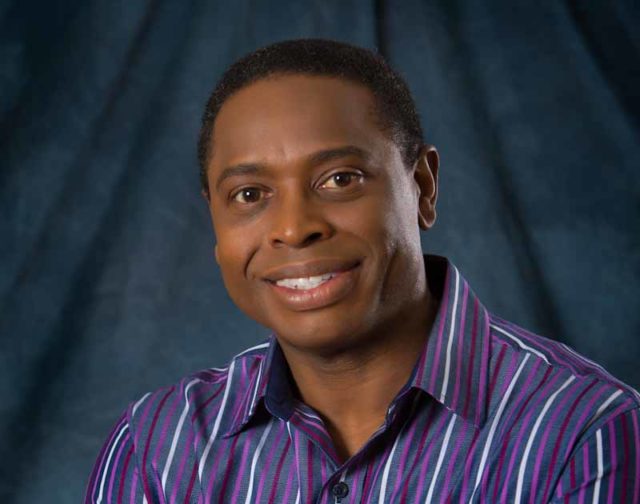 Dr. David Ireland is the founder and lead pastor of Christ Church, a multisite (Montclair and Rockaway), multiracial congregation of 8,000 people in northern New Jersey.

An author, conference speaker, and leader in various sectors of society, Pastor Ireland is a member of the Governor’s Advisory Commission on Faith-Based Initiatives and serves as a diversity consultant to the National Basketball Association. He also leads chapel services for the New York Giants, New York Jets, and at the U.S. Pentagon, and serves on various academic and non-profit boards.

Pastor Ireland has written over 20 books, including three on prayer: The Kneeling Warrior, The Weapon of Prayer, and Raising a Child Who Prays. He is the host of Prayerfest, a popular, regional event at Christ Church based on the call for a solemn assembly in the book of Joel.

Christian Union: How would you define seeking God?

David Ireland: Seeking God is setting time aside to pursue God; setting aside time to ask questions, to think, to reflect, to be quiet, and to meditate.

CU: How has seeking God impacted your life, your ministry?

DI: I started off seeking God with a three-day time of fasting and prayer, just to find out whether I should be an engineer or a minister. After three days of fasting and prayer, the Lord spoke to my heart and told me to go and preach His Word. I then began to transition out of the field of engineering and into vocational ministry.

Today, prayer is the foundation stone of my life. It’s not just about having good ideas or even being smart intellectually or even gifted. It’s about me having times in the presence of God to seek His face. In fact, as a result of those encounters with God, I have written three books on prayer.

CU: As someone with multiple degrees in engineering, how do you reconcile the intellectual life versus a life of prayer and walking in faith?

DI: There is always a tension between those worlds. One of the things that God has done for me is to challenge me through the world of spiritual dreams. I know that many today may not understand the world of dreams, but I think of someone in Scripture like Daniel who had a ministry of dreams and the interpretation. Even in Acts 2, we see that this ministry still occurs: “In the last days, God says, I will pour out my Spirit on all people. Your sons and daughters will prophesy, your young men will see visions, your old men will dream dreams.” Through dreams, God showed me that I shouldn’t depend on my education, but should depend on the strength of my relationship and intimacy with Him.

CU: What are some of the biggest misconceptions that Christians have about prayer and seeking God?

DI: I think people don’t see—as Pascal called it—the “causality of prayer.” In other words, we have a chance to move the hand of God; often, we pray prayers that don’t have actions associated with them, so we never really see how prayer moves God because we’re praying things that don’t have a metric to it. John Wesley said, “Prayer is where the action is.” We have to pray in a way in which we see God act or move to action.

CU: On this topic of misconceptions, you have compared Christianity to being more akin to life on a battle ship than life on a cruise ship. Please expound.

CU: Each summer, thousands of believers from the greater New York region and beyond attend Prayerfest at your church. Why is it important for Christians to pray in networks or in community outside of their local churches?

DI: There is a necessity for us, as Christians, not only to pray privately in our devotional time, but to pray publicly in our corporate experiences. There are some things that we will never experience from God until we gather together corporately in crowds.

Prayerfest is based on Joel 1:13-14. It has become a staple for people in their spiritual diets. They look forward to it over the course of the year. A lot of pastors come because there are very few places where pastors can go to refresh themselves and recharge.

CU: Finally, what are one or two Scriptures that really speak to you when it comes to prayer and seeking God?

DI: I love Psalm 9:10: “Those who know your name will trust in you, for you Lord have never forsaken those who seek you.” God gives us a promise that when we seek Him, He will never forsake us; there is a trust, an implicit trust and assurance that we have. When we seek God, not only is He hearing and listening, but He is attentive and responsive to our times of prayer.

Another one of my favorites is Jeremiah 29:12-13, “Then you will call upon me and come and pray to me. I will listen to you. You will seek me and find me when you seek me with all your heart.”

At times, those Scriptures have challenged me, convicted me, and comforted me.