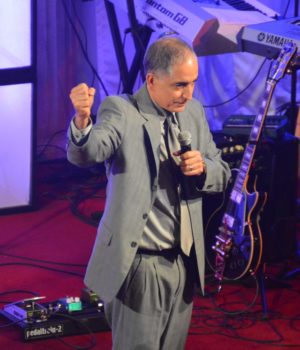 I found it interesting that recently a pro-choice governor, Ralph Northam of Virginia — who was quoted saying he approved of abortion up until the time of birth — had pictures associated with him in his college yearbook depicted in BlackFace and another with a KKK hood.

Not coincidentally to this point, Planned Parenthood founder Margaret Sanger was an avowed white Eugenicist, who started abortion clinics in Black communities and was quoted as saying she wanted to exterminate the negro race!

“We don’t want the word to go out that we want to exterminate the Negro population, and the minister is the man who can straighten out that idea if it ever occurs to any of their more rebellious members.” (Savethestorks.com)

Planned Parenthood through the years was also caught in recorded telephone conversations admitting their racist tendencies against minorities.

To know more about the racist history of Planned Parenthood read this article in The Washington Times.

Racism and the pro-life cause go hand in hand since a true and consistent sanctity of life position has to include both the values of a pre-birth and post birth respect, dignity and protection for all people if it is going to be legitimate.

Galatians 3:28 makes it clear that as believers there is no such thing as class or gender discrimination since we are all one in Christ.

Also, since humankind was made in the image of God as His crown jewel of creation (see Genesis 1:27, Psalm 8), God forbade the murder of another human being (see Genesis 9:5,6).

Scripture also says God hates the shedding of innocent blood (see proverbs 6:17; what can be more innocent than a pre-birth human?) and includes the murder of a human in His top ten list of commandments (see Exodus 20:13).

Hence, to devalue human life with ideologies and activities that promulgate racism, sex trafficking, slavery, abuse or abortion is totally contrary to the Gospel since, Jesus took upon Himself human flesh (not the flesh of an animal or the nature of an angel) in order to save us (see John 1:14, Hebrews 2:14). Consequently, it is impossible to have a true Gospel without Jesus adorning a flesh and blood human body.

What this means is if there was no incarnation (Jesus becoming human) there could be no cross and without the cross we have no Gospel!

It is also no coincidence that the first act of worship in relation to Jesus’s Advent came from a babe in the womb! (See Luke 1: 41-44.)

It is also interesting that Elizebeth blessed the fruit in Mary’s womb and that she referred to Mary as “the mother of my Lord” — while Jesus was still in the pre-birth stage (she viewed a pre-birth baby Jesus as her Lord!).

Summarily, I contend that we cannot separate abortion and the pro-life position from the gospel, since God made humans in His image and likeness (Genesis 1:28) and because Jesus’s innocent blood was shed to redeem believers—which is why shedding of innocent human blood is an affront to God ( since His Son’s precious blood was spilled to save the life of fallen humanity).

In light of the above, it is a gross misapprehension of the nature of the Gospel when someone considers abortion a mere political issue and not a Gospel issue. Those with this view fail to understand that when we objectify a post-birth human with sex trafficking, slavery, abuse or racism – or when we treat an unborn human baby as a mere (blob of flesh) fetus – we devalue Jesus’s humanity as well and treat the blood of the Covenant as a common thing, as well as undervalue the price He paid to save us.

Truly – both abortion and racism are Gospel issues that should obligate all believers to stand up for the sacredness of human life and blood.

In conclusion, the implications of this “pro-life” Gospel should profoundly affect both our internal convictions and public positions – or else – the Gospel has no practical application and the church cannot function as the Salt and Light of the world. Truly, abortion is both a gospel issue and a policy issue – which incontrovertibly connects both faith and politics.

Dr. Joseph Mattera is an internationally-known author, consultant, and theologian whose mission is to influence leaders who influence culture. He is the founding pastor of Resurrection Church, and leads several organizations, including The U.S. Coalition Of Apostolic Leaders and Christ Covenant Coalition. Dr. Mattera is the author of 10 bestselling books, including his latest, “The Divided Gospel,” and is renown for applying Scripture to contemporary culture . To order his books or to join the many thousands who subscribe to his newsletter go to www.josephmattera.org.