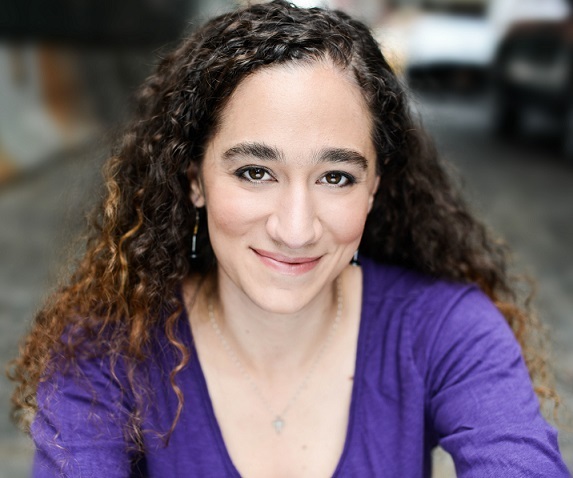 In the basement of St. Mary’s on Hillhouse Avenue, a Gothic Revivalist Catholic church nestled within the center of Yale’s campus, a large audience gathered to hear the words of an inspiring alumna, Leah Libresco-Sargeant, Yale  ’11.

Libresco-Sargeant was back in New Haven in the fall to give a talk titled “Argued out of Atheism: Finding God at Yale.” She shared her story of conversion from atheism to Catholicism as fostered by her time at Yale. While Libresco, a gifted intellectual, columnist, and blogger, was once a “rising star” in the broader atheist community, her conversion in 2012 prompted media outlets from CNN to EWTN to cover the news. Now an adjunct professor at The King’s College in Manhattan and the author of two books, Arriving at Amen and Building the Benedict Option, she is also a contributor to First Things, The Washington Post, and FiveThirtyEight.

Having grown up in a non-religious, Jewish community in New Jersey, Libresco-Sargeant viewed faith as a rare and curious phenomenon. Due to her lack of exposure to serious religious thought, paired with her vivacious, critical mind, she had become a staunch atheist in her high school years. A lover of math and science, and under the influence of authors like Richard Dawkins, Libresco-Sargeant was convinced that faith was a unique nonsense spouted forth from the uneducated and superstitious.

In her college years, her perspectives on Christianity began to shift. She met Christians at Yale, and, to her surprise, they were smart. Mainly through debate and discussion within the Yale Political Union—the oldest and largest collegiate debate union in America, which attracts students from across the political (and religious) spectrum—Libresco-Sargeant was able to seriously engage with thoughtful, Christian peers for the first time. Her pre-loaded objections to Christianity were no longer valid, and she was challenged to think harder and more deeply about questions of faith.

As much as Libresco-Sargeant was a staunch atheist during most of her time at Yale, she was also a staunch moralist. In terms of her own ethical beliefs, she was a self-described Kantian. On campus, she was an evangelist in her own right, except she spread the good news of Kant’s Metaphysics of Morals instead of the truly good news of the Gospel. An admirer of the “Categorical Imperative,” an idea originated by the German philosopher that demands that one live by a set of rules that one would want all others to live by, Libresco-Sargeant fiercely sought to live a moral life. She believed morality was objective, something to be uncovered like mathematics.

This same love of absolute morality brought her to admire C.S. Lewis’ Mere Christianity, a book she had received from a friend on campus. While initially reticent towards such perceived Christian propaganda, she was blown away by the opening portions wherein Lewis defends objective morality frankly and firmly. Through his work, Christianity became “an intellectual proposition she could grapple with.” Although she was less fond of the later portions of the book which got into “all of the Jesus stuff,” Libresco was nonetheless “shocked by the sanity of Christianity.”

The third book she received, Alasdair MacIntyre’s Virtue Ethics, challenged her own perception of morality. MacIntyre presents morality as an enriching practice and presented her with a way of grace (lowercase “g”)  beyond the simple black and white of absolute right and wrong.

Upon her graduation from Yale, Libresco-Sargeant was at a crossroads – Catholicism seemed coherent, but not right, while her own belief system seemed right, but unfinished. Having moved to Washington, D.C. after graduation to work as a statistician, Libresco joined a book club focused on scholastic metaphysics through the Dominican House of Studies and wanted to read more.

Soon enough, she found herself back at Yale for a fall reunion debate with her party from the Yale Political Union. In their debates and discussions, she was surprised to realize that she was “clumped” with the Catholics in terms of the language they were speaking. Later in the evening, during a toasting session, Libresco felt a deep urge to convert on the spot. She fought the urge, however, and kept on as usual, but was amazed at this strong feeling which seemed to have emerged from nowhere.

With these new revelations and experiences fresh in her mind, Libresco-Sargeant went back to D.C. with a newfound desire for answers. She stayed in discussion with thinkers at the Dominican House of Studies, and it was not long before she was back in New Haven for a second reunion debate in the spring. Just like the fall reunion, she found herself aligned with her Catholic friends, and felt the same urge to convert. Now absolutely stuck on the question of conversion, she turned to a friend at the reunion who was studying to become a Lutheran priest. He encouraged her to stop wrestling with the same unsatisfactory answers she had to questions like: “Where does morality come from?” and “How do I know what moral truth is?” and approach such questions in a new way.

In this conversation, Libresco-Sargeant had a revelation. She realized she believed that morality brought itself down to her, loved her – this being the mechanism of how she accessed moral truth. Yet, in this moment, morality was no longer an “it;” morality had become a Being. Morality was God. Chesterton echoed in her mind as she knew that she could no longer cling to her own objections. Thus, on a spring night in New Haven, in prayer with her Lutheran friend, Libresco submitted her life to God.

While this was only the beginning of her walk with the Lord, Libresco truly did come to God through the power of sound arguments. Upon reflection of the multitude of ways that God made Himself known to her throughout her time at Yale, Libresco-Sargeant noted that she was “astounded by God’s tender way of reaching each of us.” In her case, she said that God used her love of logic and reason, along with her own rigidity and pride, to draw her towards Himself. As she concluded, “every single thing we have given to us is an invitation to knowing Him and loving Him.”