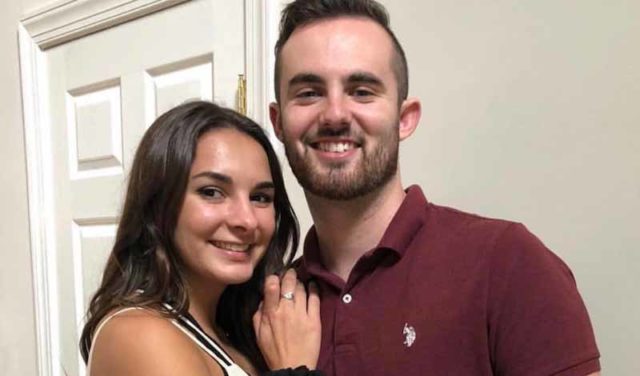 A recent volleyball tournament at Midland Park High School was originally set up to raise money to fund the school’s prom and other events. But after MPHS alumni Ryan Moore and Jenna Passero were seriously injured in a car accident near The College of New Jersey, school officials and senior class president Jillian Hosier knew they needed to use the proceeds to help take care of two of their own.

On December 2, an alleged drunk driver swerved into oncoming traffic and hit a car carrying five Phi Kappa Psi fraternity brothers from The College of New Jersey (TCNJ) and Passero, a student at Kutztown university. Sophomore Michael Sot, the designated driver for the evening who was shuttling students back to campus, died a few days later. Passero, along with Moore, Daniel DeFlores Matthew DeGenova, and Anthony Galante, all suffered extensive injuries.

At the volleyball tournament on Feb. 9, the crowd cheered when Moore made an appearance. Earlier that day, he finally came home after spending five weeks in the hospital and another five weeks recovering in a rehabilitation center, according to Northjersey.com.

“It means the world to me to see all these people come out. It’s great to see everyone,” he told the newspaper. “This is a tight-knit community. It makes getting through a tough time that much easier.”

Likewise, Ryan’s father, Eric Moore, expressed appreciation for the support from Midland Park, the TCNJ community, and events like a local prayer vigil.

The volleyball tournament featured 20 teams. In addition to team entry fees and admission tickets, the MPHS students also raised funds from local businesses. A GoFundMe page for Moore and Passero had previously reached its goal of $35,000.

Jillian Hosier, whose family is very active at The Plant Church in Mahwah, wholeheartedly agreed with a decision made by Ms. Maureen Fister Donatien, a physical education teacher at Midland Park who suggested that proceeds from the volleyball tournament would be designated to helping with Moore and Passero’s ongoing medical bills.

“Ryan and Jenna graduated from MPHS a few years ago, but their families are still very involved in the town and the school system,” said Hosier. “I believe that it is crucial that the town gives back to them. Ryan and Jenna were very proud Panthers and they always came out to events like this.”

“We were thrilled to see the town unify to support our fellow Panthers that have experienced such hardships. It is a miracle that both Jenna and Ryan are alive. The proceeds of the tournament will help with the countless medical expenses that the families had and will have in the future.”