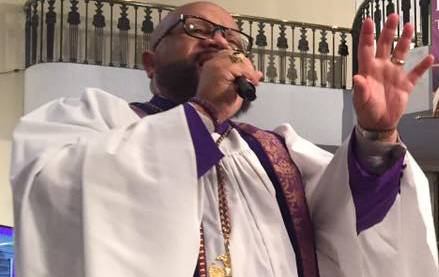 Local pastors and Christian leaders took to Facebook recently to protest the mainstream media’s lack of coverage of the murder of hundreds of Christians in Nigeria. In the United States, national media outlets contuinue to provide in-depth coverage of the tragic mosque attack in New Zealand that left at least 50 dead. Yet, there has been virtually no mention of the systematic killing of Christians in Nigeria.

On March 18, Baptist Press reported that “as many as 280 people were killed in Christian communities in several attacks spanning February through mid-March in Nigeria’s Middle Belt, according to varying reports from Christian Solidarity Worldwide (CSW), Morning Star News and International Christian Concern (ICC). Militants destroyed hundreds of homes and displaced residents.”

According to opendoorsusa.org, “most of the victims were in their homes sleeping when the recent attacks began … when Muslim Fulani militant herdsmen began their killing spree in Nigeria that lasted four days…”

“In only days, a dozen villages in Nigeria’s Plateau state were wiped out. The affected communities surround the city of Jos—known as the epicenter of Christianity in northern Nigeria’s Middle Belt…as many as 200 Christians had been killed, however, some residents fear the death toll may be even higher, as more bodies are yet to be recovered, while others were burned beyond recognition. On Sunday, 75 of the victims were buried in a mass grave.”

Bishop Donald Hilliard, Jr., (pictured above) the senior pastor of Cathedral International in Perth Amboy, asked, “Where is the Outrage?”

120 Christians slain in Nigeria over the last 3 weeks. Lord have mercy. Where is the coverage, the outrage?

Paul Valerius, a pastor in Newark, NJ, said, “pray for our brothers and sisters in Nigeria. The media won’t report it because they are Christians.” He posted a link to this story from Open Doors USA.