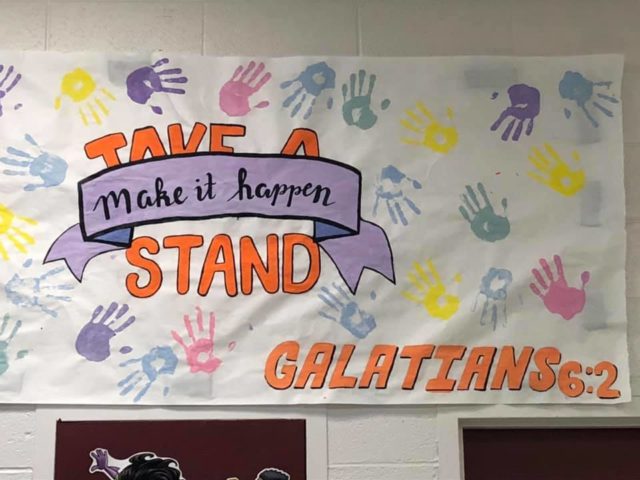 By Cassie Ortiz and Kahlea Rivera

In November, our seniors and juniors took a trip to Washington, D.C. to attend the Re:ACT Conference held by ACSI (Association of Christian Schools International). There they learned about the widespread issue of human trafficking.

Two Abundant Life Academy (ALA) seniors, Sarah Fuentes and Kennedy Edmond, were so moved by what they heard and saw at the conference, that they decided to take action. Together, they began a movement at ALA called Take A Stand. The two girls quickly got the senior class on board and developed a plan to raise $15,000 with a stand-a-thon and help to free 10 children from human trafficking.

“The things I heard and saw during my time in D.C. really inspired and motivated me to do something to help these kids,” said Sarah. “The week after, Mrs. Apap (our homeroom teacher) showed us a brochure about Destiny’s Rescue.”

“I couldn’t just stand by and watch,” said Kennedy. “I felt convicted to do something about it. It really weighed on my heart to help out in any way I could.”

On February 15, the entire high school joined arms in support of this cause for four to five consecutive hours as a representation of their choice to take a stand against this evil swiping our nation.

Abundant Life Academy united as one body and they were able to collect almost $20,000! This accomplishment will allow them to free thirteen children from human slavery. 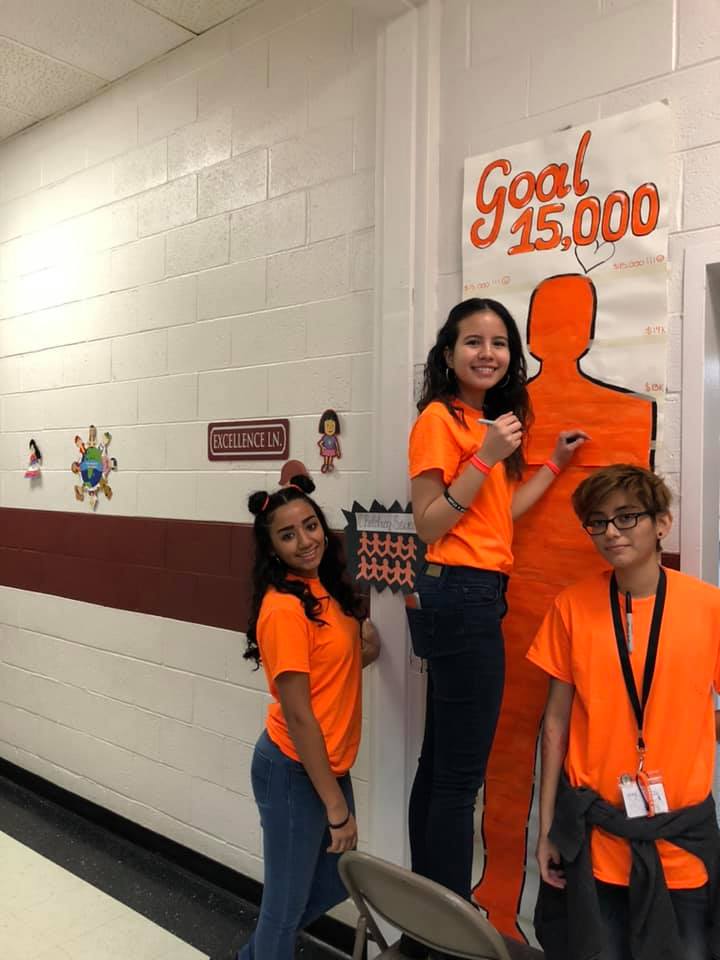