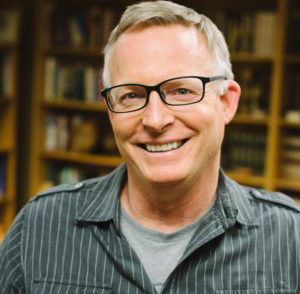 As I stood in a store one January, I almost couldn’t believe my eyes.  Could Easter paraphernalia actually be donning shelves so early, even weeks before Valentine’s Day?

As I stared at the pastel explosion on the wall, I began to wonder what most people actually think about Easter. Is it merely an entertaining holiday replete with egg hunts and baby chicks, or is it something more?

Over the years, interviewers have asked passersby this precise question—“What does Easter mean to you?”—and have heard some fascinating answers.

“Easter is about candy! I love those chocolate bunnies!” said one New York teenager.

An older British woman disagrees, “Easter is a religious time of the year, but most people don’t see it that way anymore.”

As a pastor for over 35 years, I tend to agree with this woman’s assessment.  Few today truly understand the monumental significance of this holiday. Easter is a celebration of the historical resurrection of Jesus Christ on the Sunday following His crucifixion on Friday.

The Bible teaches, and first-century followers of Christ maintained, that Jesus was crucified to pay the penalty for human sin and wickedness. While crosses make nice jewelry today, in Jesus’ day they represented a particularly agonizing method of criminal execution. In fact, the Romans perfected execution by crucifixion, which often followed a flogging so severe that victim’s entrails could be exposed.

After just such a flogging, Jesus was crucified between two thieves. On the cross, a victim would have had to push up on his nailed feet in order to fill his lungs with air. Over time, crucified individuals would grow so exhausted that pushing up would become nearly impossible, leaving the victim to suffocate to death. No small wonder the term “excruciating” comes from the root, “after the cross.”

First century followers of Jesus maintained that after Jesus died, his body was then wrapped in linen and laid in a tomb made out of rock. A guard stood watch by the tomb to dispel any rumors of Jesus rising from the dead. However, after the Jewish Sabbath ended, women who were followers of Jesus approached the tomb early on Sunday morning and were stunned to find it empty. Just then, an angel spoke to them saying, “Do not be alarmed. You seek Jesus of Nazareth, who was crucified.  He is risen! He is not here” (Mark 16:6).

It’s no small wonder that many think Easter has more to do with bunnies and egg hunts than the physical resurrection of Christ from the dead.

But did the resurrection actually happen? Can the Bible’s accounts of Easter be trusted?

Years ago, Yale Law School alumnus and journalist Lee Strobel set out to disprove his own wife’s Christian faith by examining historical and archaeological research of Christ’s death and resurrection. Strobel states, “Everything hinges on the resurrection of Jesus. After all, anybody can claim to be the Son of God as Jesus clearly did. The issue is, did He back it up? If Jesus really did return from the dead, then that is conclusive confirmation of His divine identity.”

Strobel’s quest, published in his book The Case for Christ and later dramatized in the film by the same name, took him to countless scholars, archaeologists, and historians. Strobel’s research uncovered five ancient sources outside of the New Testament that corroborate the execution of Jesus on a Roman cross. He unearthed evidence of an early church creed, which stated that Jesus died for human sin, was buried, and rose on the third day. According to Cambridge-trained scholar James D.G. Dunn, this creed was formulated within a few short months of Jesus’ death, and refutes the claims that the death and resurrection of Jesus are merely matters of legend.

For Strobel, evidence of the empty tomb was paramount. He explains, “For me the most convincing piece is what the skeptics said. When the disciples began saying that Jesus had risen, what the skeptics never said was, ‘Baloney, go open the tomb and you’ll see the body.’ That would have put the onus on the disciples to prove it. But they never said that. What they said was, ‘Oh, well, the disciples stole the body.’ They’re implicitly conceding that the tomb is empty.”

The conclusion of his quest? Strobel acknowledged that he would need more faith to remain an atheist than to accept the overwhelming evidence that Jesus lived, died on a Roman cross, and bodily rose again from the dead.

Clearly the story of Easter is so much more than Easter baskets, egg hunts, and spring break.  According to long-time detective and author of Cold Case Christianity and Forensic Faith, J. Warner Wallace, the evidence of Jesus’s death and resurrection is corroborated by evidence that would even stand up in a criminal trial. In fact, close examination of the behavior of those who witnessed the life of Jesus and heard His teaching is backed up by archaeological evidence and a plethora of well-accepted Gospel accounts.

In the final analysis, Easter – the story of the resurrection of Jesus Christ – gives hope to all of who believe, no matter how dire their circumstances. One such believer and outspoken critic of the Nazi regime, German pastor Dietrich Bonhoeffer, was tragically hanged by the Gestapo on April 8, 1945, only days before the war ended. As he left his cell on the way to the gallows, Bonhoeffer said, “This is the end – but for me, the beginning of life.”

Pastels aside, life eternal for Bonhoeffer, for me, for all who believe – this is the real story of Easter.