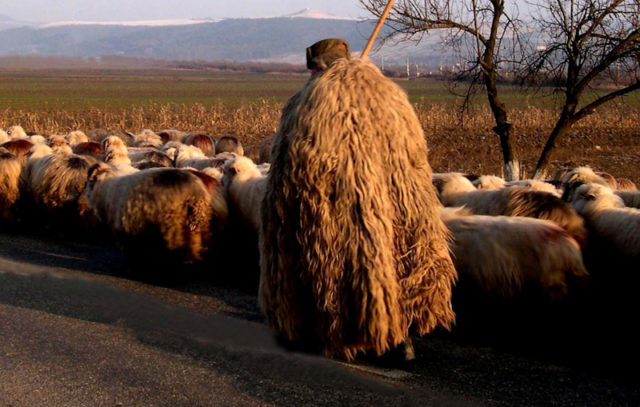 When I was selected to lead a group of 150 people with 25 subordinate supervisors at a northern New Jersey Army Research and Development Center, I asked the Lord to give me leadership principles from His Word. His answer resulted in a leadership philosophy that became the entire center’s standard for hundreds of leaders (and 6000 employees). It helped win quality awards from the U.S. President and New Jersey Governor, and became a national standard within many federal agencies.

We called it MANagement Thru Leadership (MANTLE), and the leadership principles came from attributes of the biblical prophet’s mantle.

The mantle [cloak] was worn by all God’s prophets – the last being John the Baptist. It was a sleeveless garment made from the skins of animals with the hair left on. John’s was made of camel hair (Matthew 3:4). The mantle was the “badge” of the prophet.  It identified him as belonging to the family of prophets.

The mantle had other attributes that, when seen in the light of Christ’s example, teach us much about how to lead. It doesn’t really matter WHERE we are leading – the workplace, home, church, school, or even as Great Commission believers who disciple others. As Great Commission believers (Matthew 28:19) – ambassadors of Christ – we influence men, women, and children to come to Christ and we help them grow spiritually. We influence those with whom we fellowship wherever God has set us in the Church.

As we embrace Christ’s leadership values, behaviors flow from us to improve people and their performance in all those areas.

There are four values [character qualities and priorities] of Christ-like leadership. They are found in the cross of Christ. The first is Serving Others. It’s the self-sacrifice of the cross (John 3:16). The mantle served the prophet in many ways. He might have used it as a pillow, or a blanket, or as a lean-to tent. And Jesus said that the greatest in His kingdom would be the servant of all. (Mark 9:35).

The second value is Heart-To-Heart. It is the love of the cross (Romans 5:8). It’s getting to know people and letting them know us. The mantle “hugged” the prophet and gave him warmth. It felt his “heartbeat.” You might say, it “knew” the prophet very well.  Jesus took on human flesh so we could really know God.

He also said that He knows His sheep and they know Him and He calls them all by name (John 10: 3, 14). Jesus lets us know that we are His highest concern.  As His eye is on the sparrow, we know He watches over and looks after us! (Matthew 6:26).

The third value we should embrace is Wisdom from Above. It is the holiness of the cross (2Corinthians 5:21). The mantle had to be thick enough to resist the wind/sand and without holes that would let the rain in – it needed “integrity.” This wisdom (like Jesus) is first pure, then peaceable, gentle, etc. (James 3:17).  Our people need our good judgment, integrity, and pure motives to get them through the storms of life.

The fourth value is Pull-Don’t Push. It’s the humility and obedience of the cross (Philippians 2:8). A mantle can’t “push” anything. When you try to push something, it just bends. You can, however, wrap it around someone and pull him/her. Jesus doesn’t back us into a corner, or twist our arms, or manipulate us into doing something. He says, “Come to me, all you who are weary and burdened, and I will give you rest.” (Matthew 11:28). “Come follow me.” (Mark 1:17). He draws us to Himself.

Even when His requirements seem difficult, we do what He wants us to. (Luke 9:23). We follow Him because His humility is real. He is perfectly submitted to His Father. He is the Servant-Leader we want to be like, who is heart-to-heart with wisdom from above. And we know that as we follow Him, we are becoming like Him.

Our outward behaviors always flow from our inward values. The Christ-like leader values we’ve been describing are the inward framework for eight behaviors that we cherish in Christ.  Here they are:

Being Open to Others’ Ideas [listening]. The prophet’s mantle was sleeveless and allowed movement in any direction.  Like Jesus, we don’t extinguish a smoking candle or break a bruised reed (Isaiah 42:3). Being Loyal and Building Loyalty. As the prophet gained confidence in using his mantle, our people should know that our support and priority will always be there for them. Jesus assures us that He will never leave or forsake us (Matthew 28:20, Hebrews 3:5).

Building Up Others’ Self-Esteem [Empowering Them]. Elijah wrapped his face in his mantle because he was ashamed as God gently restored his faith (1Kings 19:13). Jesus restored Peter in the same way (John 21:15-17). Building Unity [Family] is very important to Jesus. He prayed, “…that they might be one…” (John 17:21). The mantle was the symbol of the prophet’s office. It placed importance on the “family of prophets” as opposed to the individual prophet.

The next four behaviors are demonstrated by the mantle-wearing prophets themselves.

Good Communications and Planning. The prophets were God’s communicators and helped involve people in God’s planning (2 Chronicles 7:14). Recognizing and Rewarding Good Performance. Don’t take people’s good performance for granted. The mantle was passed from Elijah to Elisha, a worthy successor.

Rating Performance Well. The mantle-wearing prophets were used by God to rate how people [often kings] performed.  They gave honest feedback.  All judgment has been given to Christ.  And we also are advised to speak the truth in love. (Ephesians 4:15). Developing a Heart in People for Serving Others. The prophets, like Christ, knew what they were here to do [their service] and whom they served.  Jesus has transferred that mantle to us. We, and our people, need to put on Christ’s mantle (John 20:21) and be servant leaders like Him.

To lead with grace and truth in our home, church, workplace, or as believers fulfilling The Great Commission we must walk in the legacy of values and behaviors Christ gave us.  We can’t take a shortcut to Christ-like leadership. It wasn’t the nails that held Jesus to the cross.  It was His servant-heart and love for sinners combined with His humility, holiness, and obedience to His heavenly Father. 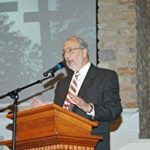 As a teacher, author, columnist, and president emeritus of New Jersey Christian Ministries, Jim Biscardi has been “privileged for many years to help Christians grow in their knowledge of Christ.” You can find his books at barnesandnoble.com or amazon.com