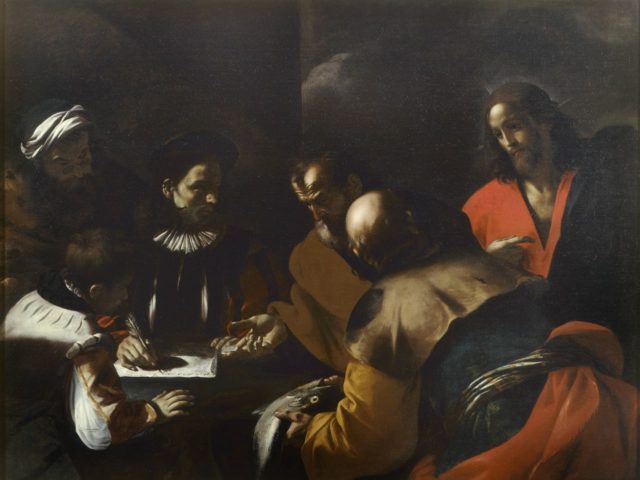 As we consider Christ’s death and resurrection – His perfect sacrifice and His victory over sin and the grave – we naturally focus on the unbearable physical pain Jesus endured on our behalf. However, this Easter I want you to consider a different kind of suffering: the emotional pain Jesus experienced as those who were closest to Him turned their backs.

Jesus personally chose 12 disciples whom He poured himself into. They were His best friends; His “inner circle.” They surrounded Him, traveled with Him, learned from Him, and served in His ministry.

Jesus loved them, and yet He knew – long before they did, in fact – that a couple of these men would publicly betray Him.

Judas, of course, is the one that comes instantly to mind. We’re told in Luke 22 that “Satan entered into Judas…” (ESV).  John 13:2 says “the devil had already put it into the heart of Judas Iscariot, Simon’s son, to betray him” (ESV). Judas went to the chief priests and officers, accepted a payment from them and then betrayed Jesus into their hands.

Judas’ treachery was the ultimate betrayal, directly resulting in a Jesus’ trial and the agony of the cross. But I wonder if the second betrayal might not have hurt just as much as the first.

Along with James and John, Peter was one of Jesus’ closest and dearest friends. When Jesus was being arrested in the garden, Peter violently defended him by attacking the high priest’s servant. (While this earned Peter a rebuke from Jesus, it also showed that he was no coward and he was willing to defend Christ to the death).

Given this, Peter’s denial of Jesus must have stung deeply. Literally at the same moment that Jesus was being beaten and ridiculed (Mark 14:65), Peter was busy distancing himself from Christ (Mark 14:66-72). Three times people approached Peter to ask him if he was associated with Jesus, and three times Peter denied Him, even going so far as to “…invoke a curse on himself and to swear, ‘I do not know this man of whom you speak.’” (Mark 14:71, ESV).

At a time when Jesus was being accused and beaten, His friends turned their backs on Him. What emotional pain this must have caused, even as Jesus knew it was coming and understood that it had to be!

Maybe you’re reading this and it sounds a little too familiar. Maybe you have friends or family members who have turned their backs on you, or perhaps – like Judas – they were instrumental in causing the suffering you are now enduring. Maybe you’re struggling through pain and despair, and the people you thought you could depend on have disappeared. Bodily pain hurts physically, but emotional pain slices directly to your soul.

My friends, I’m here to tell you that people will let you down. People will turn their backs on you and cause you pain. But here’s the key – Jesus was forsaken, betrayed and crucified, but He conquered all of that! People are imperfect, but Christ is risen and will not let you down!

The Bible tells us not to put our faith into men or princes. Instead, this Easter place your eternity in the One Who endured scorn, pain, and – yes – betrayal from His friends, so that you may have a hope that extends far beyond the pitfalls and pains of this world.