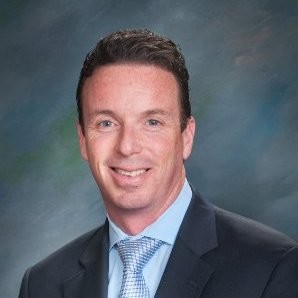 With legalization of marijuana trending, there is a growing perception that marijuana is harmless and no different than alcohol. Parents need to know and discuss the dangers of smoking pot, and adolescents need to know that this drug is not harmless when it comes to achieving their goals and being prepared to handle life’s challenges. Parents must send a clear message that they won’t tolerate marijuana use.

As a therapist, I often meet parents who want the best for their kids—parents who spend a lot of time, money, and energy making sure their kids have every possible opportunity. When I hear that these same parents tolerate marijuana use, I am struck by the paradox. How could parents with such dreams for their children put those dreams in jeopardy by allowing this sabotaging behavior?

I can only conclude that these parents either don’t think marijuana is that bad or they don’t feel that they can really do anything about their children using the drug. Quite often, it’s the thought that marijuana is benign that leads to parental inaction. With increasing public support for legalization, marijuana users will feel their arguments in favor of marijuana use are stronger than ever. Is there an effective argument against it?

Here are two classic arguments against marijuana use that, although true, really don’t work (that said, tell them anyway).

A much stronger argument against pot lies in a phenomenon involved with chronic marijuana users that I call the “screw its.” This was best defined by a patient of mine who failed out of college, who said,  “my goals, desires, and plans that were important while not high got pushed aside for the immediate gratification of using marijuana.” Procrastination is an immediate result of being high. Unfortunately, the longer one smokes, the more that procrastination and redefining of priorities become embedded as a way of life. “Screw it” becomes the convenient mantra of the chronic pot user.

It’s not that people who chronically use marijuana don’t have goals; they do. But chronic use produces a complacency that kills perseverance. This leads to something related to the “screw its”—the “used to’s.”

“I used to play sports.” “I used to do well in school.” “I used to have a lot of interests.” “I used to …” Many chronic pot users will deny that marijuana has anything to do with the “used to’s.” Instead they will blame a coach, a teacher, a situation . . . anything but the pot use.

Many feel that marijuana treats anxiety. At best, it masks the anxiety.  Anxiety is an indication that there is something wrong or in conflict. Learning to change, resolve issues and adapt is one of the most important developmental tasks of adolescence. Other important tasks include: goal setting and planning, dealing with negative experiences, coping with adversity, and delay of gratification. Mastering these tasks are essential. Unfortunately, if marijuana and the complacency it induces are part of one’s adolescent life, these goals are not fully met and the skills are not developed.

The avid pot user will counter: “Pot is not addictive or as dangerous as other drugs.” Yes, when compared to heroin or cocaine, marijuana is not as physically addictive. Once a person becomes addicted to an opiate such as heroin or oxycodone, the goal of use is not just to get high, but to not get sick. Cocaine and opiate addiction become all-consuming and the detrimental effects of this type of use become obvious. These drugs tend to ruin lives quickly. Pot ruins lives slowly.

One’s life doesn’t fall apart as rapidly or as dramatically as it does with some of the more physically addictive drugs. Therein lies the real danger—the effects of chronic marijuana are gradual but life-changing. The shift in attitude, the “screw its” that accompany chronic pot use are the real danger. Chronic pot use will allow a person to feel OK about staying at home with his or her parents after dropping out of school or quitting a job.

The “screw its” are at the root of the flat-line in growth. Living at home and making minimum wage is fine when one is 18-20 years old, since many peers are in the same position. When you start hitting 25, 30, 35, and are still at home making a little bit of money, it should be obvious that something is wrong. I know more than a few people in their mid-30s,  and mid-40s who are back or still living at home with their parents with no real careers. What do they all have in common? Marijuana use, starting in their teenage years. Their lives didn’t fall apart like someone who does other drugs, but because no disaster happened, they failed to realize that the situation in which they find themselves IS a disaster. What allows them to feel OK while in this situation? Marijuana use.

There will be an onslaught of pro-marijuana messages over the next few years and the negative societal effects will be squashed as to present marijuana as a benign and magic cure-all  for life’s ills.  Marijuana advocates are very good at presenting all of the positive attributes of pot but they don’t tell the whole story.

As parents and professionals, the “screw its” are a real part of the story that we need to tell and retell.

John Reilly is the executive director of Sage Day Schools and has a private practice in Ridegwood, NJ. Contact him at ClinicalConsultationServices@gmail.com.