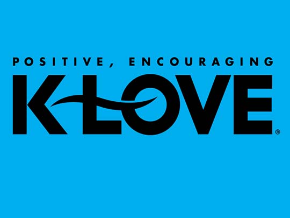 NEW YORK CITY, NY — It has been a little more than two weeks since the iconic radio staion 95.5 WPLJ switched from a top-40 and talk format to a syndicated, contemporary Christian music radio station.

K-LOVE, with affiliate stations across the country, including 96.7 in Port Chester, New York, bills itself as “positive” and “encouraging.” Some songs played on Saturday morning were “With Lifted Hands,” by Ryan Stevenson, “Broken Hallelujah,” by The Afters, and “Let Them See You,” by JJ Weeks Band.

WPLJ’s sale from partner company Cumulus to nonprofit broadcaster Educational Media Foundation was met with shock from many listeners of the 48-year-old station. The switchover occurred shortly after 7 p.m. May 31.

Following one minute of silence, EMF began broadcasting on WPLJ with veteran announcer Charlie Van Dyke at the microphone. The first song on the new format was “Broken Things” by Matthew West.

People were sad to see the old WPLJ go.

The end of an era! Just heard @955PLJ will be signing off on 5/31. Been #1 preset on my radio for as long as I can remember. Thanks to all the personalities that entertained us for the last 48 years especially @toddandjayde crew, @ScottShannonDJ, @RaceTaylor & countless others. pic.twitter.com/exNf4x3fzb

And not everyone was happy with the new format.

K-Love the Christian Automated Music Money making Monster. It is very un god like to put the employees and their families of the radio stations they purchase out on the street. Do not listen to them. The music that will be coming from 95.5 is an Internet feed from California. ?

EMF President Alan Mason said the company was “thrilled to purchase” WPLJ “for the opportunity to continue to bring people closer to Jesus,” Newsday reported.

“Our mission,” Mason said, “is to create compelling media that inspires and encourages listeners to have a meaningful relationship with Christ.”