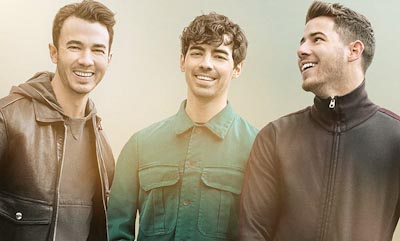 WYCKOFF, NJ — The Jonas brothers talk about their life at Wyckoff Assembly of God–before, during, and after superstardom–in their documentary, “Chasing Happiness.”

When Joe, Kevin, and Nick were growing up, Kevin Jonas, Sr. was the senior pastor at Wyckoff Assembly of God. Later, he also managed his sons’ music careers and band. There was a lot of pressure on the boys to be examples and make it seem like they were the perfect family, they said in “Chasing Happiness.”

“We were signed to a secular label, and we weren’t making a Christian album,” band member Kevin Jonas said. “There was this perception that was on us that we were supposed to be these squeaky clean, perfect kids. Dad’s job essentially hinged on it.”

Tristatevoice.com recently talked to two former leaders at Wyckoff Assembly who said the documentary was inaccurate in its portrayal of the church. The board had concerns about Pastor Jonas managing the band and serving as senior pastor, among other concerns, they said. Unfortunately, the situation led to a church split, with some people siding with Pastor Jonas (and eventually leaving the church) and others seeking his resignation.

“Chasing Happiness” does not include any interviews with former board members or congregants of Wyckoff Assembly to tell their side of the story.

“The day I resigned at Wyckoff Assembly of God, it was really devastating. I couldn’t even read my resignation letter,” said Kevin Jonas, Sr. in the documentary.

The family left the church and moved out of the nearby parsonage. Eventually, the boys were signed to a deal with Disney and the rest is history.

The Jonas Brothers also came under fire for the purity rings they wore, which were “just something they did when they were kids,” Joe Jonas said.

“In the church, it was encouraged that we go through this program,” he said. “It was like, wait for the right person or wait for marriage. All the kids that I grew up with were doing it, so I was like, ‘Oh, this is cool.’ Probably by 15 I was like, ‘What?! What is this?'” And that was not who we were, it was just something that we did when we were young kids. But we wore the rings through the first bit of the band starting to explode. At that point, it was already too late because it was in the media.”

The rings were the “only things [people] would focus on,” Kevin added.

“When I would go to a sporting event, they would put me on the jumbotron, or us, the would boo us. As a sports fanatic, I would be so hurt because I was like, “I am one of you. I’m just like you.”