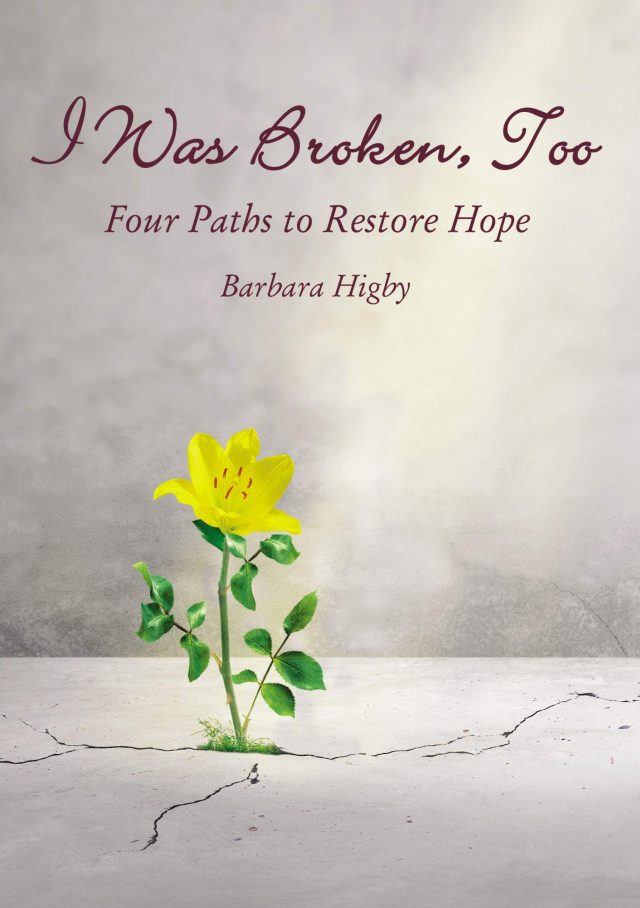 Higby’s recently published book, I Was Broken, Too: Four Paths To Restore Hope, chronicles the pain of losing three children and how the Lord has restored hope in her life.

“Through the pain and suffering I’ve experience over the years, I’ve been in that place of being broken,” said Higby, a Midland Park resident, “I asked, ‘How can I go on? But I did and I wanted to let other people know that there is hope and you can find your path again.”

Higby is the wife of Rich Higby, who is a pastor at Cornerstone Christian Church in Wyckoff. Their daughter Stacey, an alumna of Hawthorne Christian Academy, died in 2004 when she was 30. The couple also lost twins while they were still in utero. A short time after Stacey died, their former church went through some major changes.

Internalizing the pain for Higby, keeping it to herself, was never an option.

“It would have been easier to keep my pain private,” Higby said. “I resisted the tearful, painful places, but then I thought of the people out there existing in a place of brokenness. I wanted to let them know there is hope.”

Hope, in this case, is an anagram for Hold your eyes higher; Open your heart to God’s opportunities; Ponder the positive, not the problems, and Expect grace.

“I give a lot of examples from scripture of what God says and that’s what we have to focus on,” Higby said. One such example is the story of Elijah and the widow and how the Lord always provided them with enough flour and oil to make bread.

“We don’t get those miracles very often. In the book I point out that she had to do something for Elijah. She decided to help him,” Higby said. “You’ve got to make some decisions, you’ve got to look above and beyond your circumstances. You’ve got to open your heart to God’s opportunities and ponder the promises of God.”

For a long time, Higby did not know what to do with the hole in her heart.

“I kept asking, ‘What can I do with it?’ So I turned it into a well and filled it with grace,” Higby said. “I spoke to a lot of other mothers who said they kept feeling that they weren’t healed yet of the pain. They said, ‘Thank you for showing me that I can live my life with this hole.'”

“I Was Broken Too: 4 Paths To Restore Hope,” is available on Amazon.