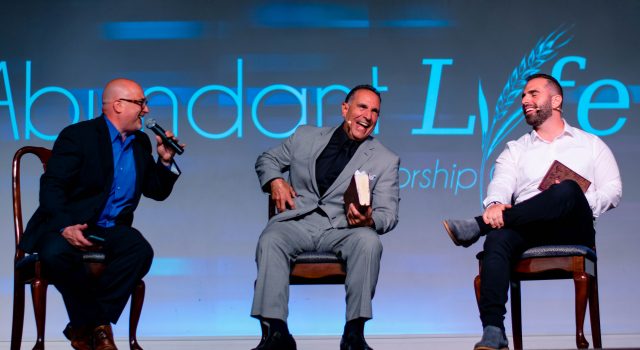 Rev. Joe Arminio, founding pastor at Abundant Life Worship Center in Whippany, NJ, was a visionary, a church-planter, and family man—a prayerful leader who left an indelible legacy. In June, he passed away unexpectedly at age 62. A few weeks later, his passion for discipleship, mentoring, and developing leaders was evident and the torch was passed when two pastors were installed. Donnie Rosa, the former senior associate pastor at the church, is Abundant Life’s new senior pastor, and Joseph Arminio, Jr., (Pastor Joe’s son) was elevated to the position of senior associate pastor.

At the memorial service, Rosa recalled how he came to faith in Christ as a teenager through the witness of Pastor Joe at Nutley Assembly of God (now Nutley Abundant Life Worship Center). When Pastor Joe was sent out to start a church in Livingston in 1991, Rosa was one of his key leaders.

“He wasn’t just my spiritual father. He was a mentor, a friend, a coach, and a confidant,” Rosa said. “He was a role model…Every moment was a teachable moment.”

“I have met a lot of people in life—in business, in ministry. No one focused on a goal like this man. His focus was Philippians 3:14, ‘I press toward the mark for the prize of the high calling of God in Christ Jesus.’ It is what consumed him day and night.”

Rosa, the church’s worship leader and founder of Joysongs Music, recalled how Pastor Joe inspired him to stretch beyond his comfort zone: “He called me into his office and said, ‘I see something greater in your worship ministry. Start producing CDs.’ I didn’t see that in myself. But four CD’s later, Joysongs Music is training and encouraging worship teams and leaders from all over the world.”

“He saw greatness inside of me and didn’t let me settle for less than that.”

Pastor Rosa said he would thank his mentor by “doing everything within my power to promote the truth, the gospel, to preach the Word, love people, train people, feed people….whatever the need.”

In a Facebook post a few days after his father passed, Joseph Arminio, Jr. also vowed to continue to press toward the mark. He previously served in youth and young adults ministry before being named Senior Associate Pastor.

“I am passionately and intensely motivated to carry the torch, rally the troops, and continue this incredible man’s legacy,” he wrote.

Pastor Joe Arminio’s legacy began when the bodybuilder and former high school baseball star (who tried out for the Yankees) came to the Lord while working at a health spa. Co-worker Fred Sanles, who is now a pastor, shared the Gospel with him. At Nutley Assembly of God (now Nutley Abundant Life Worship Center), he was part of an eldership training class with Bishop Peter Bruno, who recognized his leadership gifts. Pastor Joe served on the leadership team there before launching Abundant Life Worship Center, which rented space in Livingston before moving to its current facility in Whippany.

“I saw the grace of God that brought transformation in his life. I also saw the love of God in him,” said Bishop Bruno at the memorial service. “He was someone who was concerned for the poor and needy. He started a ministry in our church that fed the poor and preached the Gospel to them. He did it faithfully (and Nutley ALWC is still doing it today). Joe Arminio loved people. He was not afraid to lay his hands on the sick and bring deliverance into their lives. He was a tremendous inspiration to me and a help to me.”

Several other pastors and ministry leaders also paid tribute that evening, in person and via video messages.

“The lives he touched are too many to count,” said Joe Arminio, Jr., on Facebook. “… I’ve received calls, texts, DM’s, etc. from nearly every state in America and multiple countries to send prayer, show support, and extend gratitude for what he meant to everyone and how he changed lives.”

Pastor Joe had a passion for education, rehabilitation, and even recreation, all for the glory of God.

Some of his notable accomplishments include:

“Nothing my father did was half-exerted. Every square inch of his life was finely executed with attention, intensity, and passion,” said Joseph, Jr. “From his workouts to his sermons, his softball games to his counseling sessions, his gardens to his love for his family—and the list goes on and on—everything was done with excellence.” 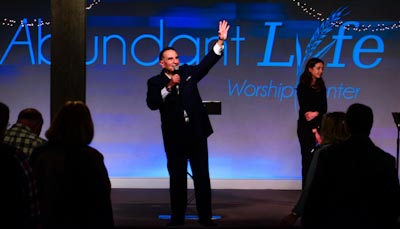 “Thank you, dear God, that you gave me a father who loved me, cherished me, protected and guided me and led his church with truth and integrity,” Joy Arminio said at the memorial service.

Faith Rim recalled her father’s devotion to prayer. After he passed, she was comforted by sitting in his office, where she noticed dozens of index cards that contained names of people, scriptures, and prayer needs.

Seeing such tangible evidence of a vibrant prayer life challenged her to take up a similar mantle of prayer, she said.

That’s what legacy will do.