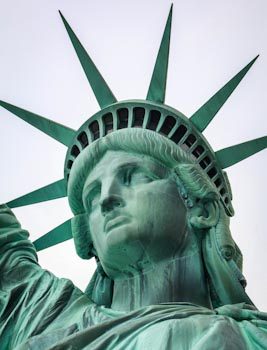 Andrew T. Walker is the Senior Fellow in Christian Ethics and Director of Research at the Ethics and Religious Liberty Commission of the Southern Baptist Convention. He is also an Assistant Professor of Christian Ethics and Apologetics at The Southern Baptist Theological Seminary. The author of God and the Transgender Debate as well as editor for The Gospel for Life Series, Walker resides in Franklin, Tennessee with his wife and three daughters.

Christian Union: The Magazine recently interview Walker on the Equality Act and its implications for Christians. In May, the Equality Act passed in the U.S. House of Representatives. Although many experts believe the bill has little chance of passing in the Senate, there is concern how the next one or two elections could shift the balance of power and usher in a scenario where the bill is passed into law.

Coalitions of Christian leaders and pro-life and pro-family advocates oppose the Equality Act. Tony Perkins, president of the Family Research Council, called it “the most extreme LGBT bill ever written.” Walker has voiced concern regarding how the Equality Act’s provisions add the categories of “sexual orientation” and “gender identity” to the list of protected classes in the 1964 Civil Rights Act.

CU MAGAZINE: How would you define religious freedom?

ANDREW WALKER: Religious freedom entails the ability of persons to reach conclusions about religious truth on their own and to live out the implications of this truth unhindered in their lives.

AW: At its core, the Equality Act is not viewpoint neutral. It says that progressive understandings of sexual orientation and gender identity are government orthodoxy. By default, it must treat the historic Christian sexual ethic as a force for animus and discrimination. Any person, or any institution, on the wrong side of this orthodoxy will, by necessity, find themselves on the wrong side of government policy and cultural opinion.

CU: What are some of the dire implications for religious freedom if this bill is passed?

AW: The ability of Christians to enter certain vocations would be severely hampered: education, medicine, social work, and counseling among them. To the extent that these guilds adopt SOGI standards, Christians will find themselves unable to comply and locked out of certain industries. Even more urgent, to the extent that Christian colleges and universities have moral conduct codes, they would be threatened by their students being unable to apply for government-backed loans and grants.

CU: Will the Equality Act create inequity for Christians and lead to intolerance for Christian beliefs and values?

CU: In addition to infringing on religious freedom, how will the Equality Act effect children, families, education, and pro-life causes, and culture in general?

AW: The Equality Act signals the closing off of the American mind to important debates about human flourishing. You cannot consider the Christian sexual ethic as an exporter of bigotry and animus and that not ricochet around the rest of the culture. The Equality Act treats moms and dads, men and women, as interchangeable realities. Gone would be the days where society can arrive at any stable, static concept of what it means to be male or female. Any area where gender distinction plays a part in our daily encounters with the world will necessarily be impacted.

CU: How can the upcoming election impact passage of the Equality Act?

The 2020 election will either hasten or delay the pressure and possible passage of the Equality Act. Unless conservatives stiffen their spines, I am not optimistic that they will be able to withstand the rising tide of cultural pressure against them. These are not issues where those with weak knees will rise to fight.

CU: What can Christians do in response to the looming threat of the Equality Act?

Fundamentally, they can reject fear as a response to the cultural challenges. Christ has overcome the world, and when Christians espouse fear, we betray our trust in a sovereign Creator. That is not a plea to passivity or indifference; it is, rather, about cultivating a posture of readiness and witness. Moreover, Christians should prioritize religious liberty as a first-tier voting issue because it implicates so many other issues—namely, the place of Christian arguments in an increasingly secular world. 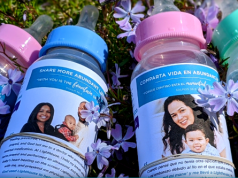 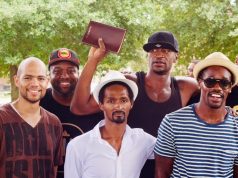 George Floyd’s Ministry Friends Say He Was Their ‘OG,’ A ‘Man Of Peace’ 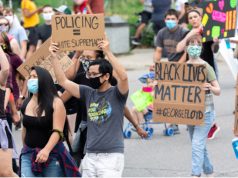