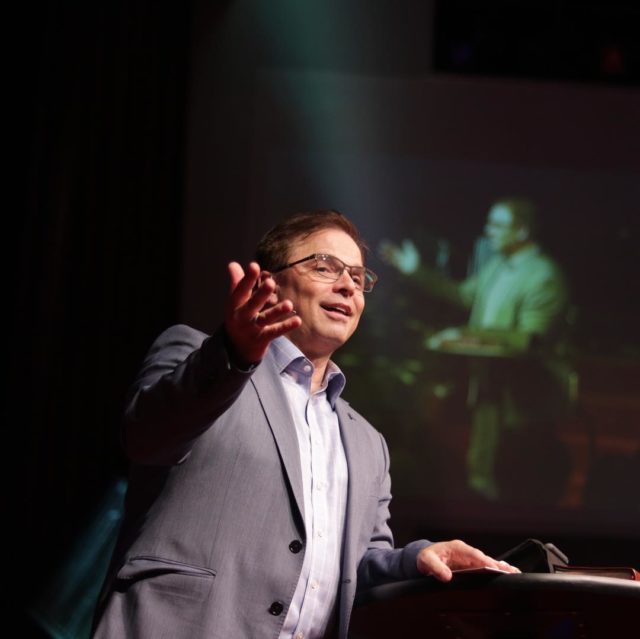 Rev. Tim Mercaldo of Staten Island recently wrote an open letter to Governor Andrew Cuomo in response to the governor’s appeal for gun control legislation following the tragic shootings in El Paso, Texas and other locations across the country. Cuomo proposed a new law — the Hate Crimes Domestic Terrorism Act — “to define these hate-fueled attacks as what they are: domestic terrorism.”

Mercaldo’s letter (printed below) was sent in direct response to an email he received from Gov. Cuomo as a New York resident and constituent.

In January, Mercaldo wrote an open letter to Gov. Cuomo in response to the “Reproductive Health Act,” which made abortion legal in New York up until birth.

Below is the text of Rev. Mercaldos’ recent letter:

I will help you stand, first, against…the taking of life in the context of the womb.

I wrote you, Governor, at the end of January of this year appealing that you would bring justice to the most vulnerable persons in our New York society.

I am still waiting for the courtesy of a reply and an audience with you as a lifetime citizen and clergyman of New York State.

You end your appeal on gun violence with the salutation, “Ever Upward.”

First, the great majority, if not all, of New Yorkers agree something must be done about the gun violence so rampant in our country. However, good-willed people disagree on HOW to solve this stain on our culture and how to best stay the victims of such violence, as well as HOW to bring justice to the many who suffer unspeakable loss. The answer is not passing lop-sided legislation that is laden with “justice” lingo while masking an agenda that is “anti-gun” and unmistakably undermining, in the opinion of many of your constituents, to the Second Amendment.

Second, while this issue is deeply integral to human flourishing, it is odd to me how you, and so many who support your agenda priorities, seem to turn an intentional blind eye to the human person in the womb. You cannot deny nor bypass the beating heart of that little child in the womb.

My oldest daughter is now pregnant with her fourth child and in her fourth month. Her DNA-proven human child with all the elements of personhood is due right around the time of the Roe Vs. Wade anniversary, which has now become the anniversary of the bill you energized and promoted this past January.

It is my hope…and I will do all I can on every legal level…that the state buildings will be adorned in pink to celebrate the life of the unique and beautiful unborn children of New York rather than memorializing their unspeakable deaths by forceptual dismemberment and saline scathing every day.

“Domestic Terrorism” is first defined as that element of society seeking to kill its own. If the “fetus” in the womb is a human being with all the innate qualities of personhood, then the first place to oppose domestic terrorism would be in the hospitals and clinics where human life is “terminated” every day.

Third, “ever upward” for me and hundreds of thousands has the connotation of pressing toward to the goal of pleasing Almighty God before Whom we will all stand.

I remain ready to meet with you privately at your convenience to discuss this. At the very least, I would appreciate a general response that you have received this.