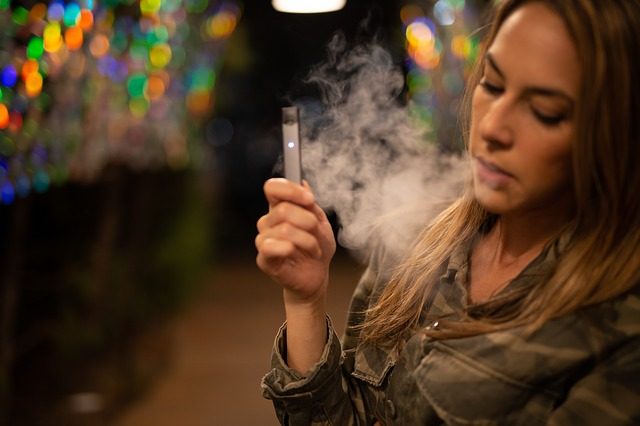 Parents, educators, therapists, or anyone responsible for kids, have to stay current on the latest dangerous activities that our children may see as benign. Vaping is the latest such trend. While I have been aware of vaping for the past few years I was not aware of its prevalence among many high school students. Vaping is in vogue with many students in every group –  the athletes, the mathletes, band members, honor students, average students, etc. It is so extensive that it was declared on Sept 12, 2019, “at an epidemic level” by the U.S. Food and Drug Administration (FDA). As I have been more attuned, I have been alarmed by who is vaping, the attitudes about vaping, and the naivety among the users.

The most popular vaping device is called the Juul.  While originally developed as a way to help cigarette smokers quit cigarettes, it has now been adopted by a whole unintended population of users – teenage users. But these unintended users are now a huge market for the manufacturers. Due to effective anti-cigarette campaigns over the last 20 years cigarette smoking among teenagers dropped significantly. According to a NY Times article, “In 1996, 10.4 percent of eighth graders reported smoking cigarettes daily. By 2017, that figure fell to 0.6 percent. In 1997, daily smoking among 12th graders peaked at 24.6 percent. By 2017, only 4.2 percent smoked cigarettes daily.”

Juul is owned by Altria, who also owns Phillip Morris –  The largest tobacco company in the United States, according to their website. While cigarette use among teenagers is down, use of the Juul is up significantly. The solution for the loss of cigarette market share among the teenage group has been found in the Juul.

E-cigarettes have quietly eclipsed cigarettes among adolescents. In a Vox article by Julie Belluz, she stated, “No device right now is as worrisome as the Juul — because of both its explosion in popularity and the unusually heavy dose of nicotine it delivers. In 2017, the e-cigarette market expanded by 40 percent, to $1.16 billion, with a lot of that growth driven by Juul.” In this same article she references a New National Institutes of Health survey, “which has tracked substance use among American adolescents, and found the number of high school seniors who say they vaped nicotine in the past 30 days doubled since 2017 — from 11 percent to nearly 21 percent. That’s the largest increase ever recorded in any substance in the survey’s 43-year history. And it means a quarter of 12th-grade students are now using.”

Many parents often see evidence right under their noses. Because the Juul pod, which is the holder of the liquid that is vaporized, looks like a USB drive, some parents don’t realize what they are finding in their children’s room or backpack.

As I have questioned my patients and other teens and twenty-somethings about vaping I have come to realize that they and many of their peers see it as harmless. Additionally, since it is virtually undetectable in comparison to smoking a cigarette, it is something that can be done with frequency. Many kids can use their Juuls undetected, while walking through the halls of school, or in bathrooms or in  their bedrooms. One local high school had a section in a sports locker room where the kids vaped, with impunity, until recently.

Many of the kids I work with are focused on their future and well-being. However, when it comes to vaping they don’t even think they are doing something harmful. What I found fascinating is that they don’t even consider themselves smokers. According to  the Vox article, “most teenagers are not even aware they are consuming nicotine.” Forget about them even considering what other chemicals are being ingested. After all the term “vaping” does sound so much more benign than “smoking,” which involves inhaling something being burned.

The Juul devices are typically sold with nicotine, however many teenage users are naive to what they are ingesting. In a  NY Times article by Jan Hoffman, it stated that “When 12th-graders were asked what they believed was in the mist they had vaped most recently, 51.8 percent said ‘just flavoring’ When asked about use in the past month, one in 20 12th-graders said they had used marijuana in vaping devices and one in 10 said nicotine.” Oh, and yes, vaping is the new popular way of delivering marijuana into the system, but again in a much more difficult to detect way. The last few times I was in New York City I was struck by how often I would smell marijuana, while on the train and while walking the streets.

“The Juul has two components: the e-cigarette, which holds the battery and temperature regulation system; and the “pod,” which contains e-liquid — made up of nicotine, glycerol and propylene glycerol, benzoic acid and flavorants.” as reported by Julie Belluz. The long-term effects of ingesting those chemicals is not known, but we do know that nicotine is highly addictive and that at one time glycerol was used as automotive antifreeze.

As I have tried to learn more about the level of use, I’ve asked my patients how many “pods” they go through. Some said 1 per day and others say 1 every other day. As a frame of reference Each pod contains 59 milligrams of nicotine per milliliter of liquid.” Juul claims one pod is equal to a pack of cigarettes in terms of nicotine, but tobacco experts claim the precise equivalency is difficult to determine because not all the nicotine released in cigarette smoke is inhaled, and some is trapped in the filter.

While the vaping may arguably be “safer” than traditional smoking, the level of nicotine being ingested is significant. What is most sad is that many of these kids would never have ingested nicotine in the first place since they have developed a prohibition against smoking. They are now, however,  ingesting significant amounts of nicotine and the “nicotine in these products can rewire an adolescent’s brain, leading to years of addiction,” said Scott Gottlieb, the head of the Food and Drug Administration.

A whole new generation of nicotine addicted people are being nurtured, but not as cigarette smokers. While it is always tempting to attribute adolescent use of substances as experimental, as my colleague, Dr. John Chuback stated in his article Father’s Day Advice, “The brain is not a laboratory where dangerous chemical experiments should be performed.” The teenage brain is still in development, do not let it get poisoned.

Talk to your kids about vaping. Altria and Phillip Morris are crafting effective ads to make life-long consumers out of today’s kids.  While you may not have their talent of manipulation, you have love, concern, authority and the truth on your side. Educate your kids on the dangers, protect them from developing habits that they will later regret and remember, you can be friendly, but you are not your child’s friend. Their friends are the ones who are vaping.

If you are interested in reading more about vaping here are the links to articles referenced: 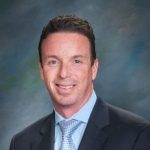 John Reilly is the executive director of Sage Day Schools and has a private practice in Ridegwood, NJ. Contact him at ClinicalConsultationServices@gmail.com.