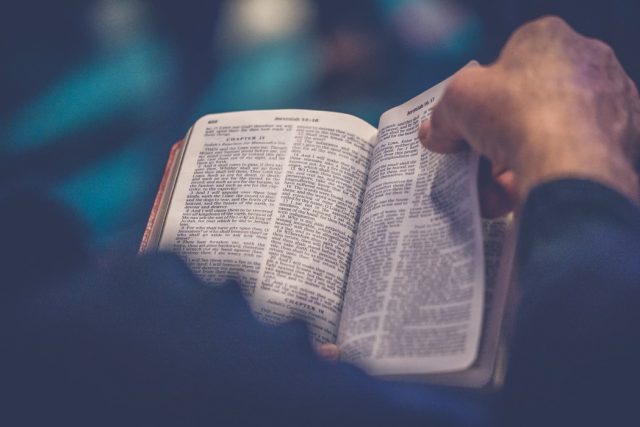 Photo by Rod Long on Unsplash

Few things are more controversial, scandalous, and beautiful than an act of forgiving love, especially one of a public nature. When Brandt Jean, a black man, hugged Amber Guyger—the white police officer who had murdered his brother Botham Jean inside his own residence—we were faced again with a myriad of reactions from the watching world.

Some were outraged that this gesture of forgiveness and warmth was extended, noting that had a black man murdered a white woman, hugs, forgiveness, and comfort would not likely have been the actions extended to that man in a court of law. Others praised the act of forgiveness, seeing it as a powerful demonstration of the very essence of Christianity.

Both can be true. But to view this case through dualistic, either/or eyes would be a loss.

Could the church consider a third way forward? A way not characterized by sappy, moderate sensibilities, nor by cheap reconciliation, but by lament, anger, grace, and forgiveness?

To begin to make sense of the polarizing nature of this consoling hug and word of forgiveness, it’s important to name the racial dynamics that create legitimate dissonance among many (not all) black men and women. Why is it hard for many to see a black man comfort and extend grace to a white woman convicted of murdering his brother? Why can’t some just see this as an extension of the gospel of grace? Why does this act expose fractures in our society?

In a very real way, this dissonance is the fruit borne out of centuries of racial oppression in the United States. Black men and women throughout the years have been consciously and unconsciously taught to quell their anger, grief, and outrage in place of forgiveness. As James Baldwin has said, “To be a Negro in this country and to be relatively conscious is to be in a rage almost all the time.” Historically, Scripture has been used over and over as a tranquilizing agent, creating cultures of obligatory obeisance, quelling any legitimate expressions of anger and disorientation. It becomes permissible and even expected in this context to “Gnosticize” forgiveness, splitting the spiritual act of forgiveness without concurrently holding on to the bodily feelings of rage and grief. But who said forgiveness can’t hold all of these realities together?

Holding Layers of Pain Together

In the book of Psalms we consistently see the wide range of emotional processing on display as psalmists name their fear, anger, and puzzlement, while holding it alongside petitions for God’s grace and forgiveness. The question is not whether forgiveness is the right thing to offer. The relevant question for this moment in time is, “In a racialized society, can we hold together all of the layers of pain, while pronouncing grace over another?”

In many respects, the act of forgiveness creates inner freedom from allowing the wound inflicted from another to be the primary and permanent point of reference from which we relate to the world. It’s a letting go of retribution and revenge. But the journey to this place is very complicated, and must be worked out as such.

Forgiveness is a miracle of God’s grace that reflects that character of God in profound ways. It’s the call of every Christian to move towards forgiveness, releasing our debtors, entrusting them to God’s love and justice. This is often a lifetime of work.

When I watched Botham Jean’s brother hug Guyger, I felt conflicted. The act of kindness seemed otherworldly. I thought about my work as a pastor as well as my own forgiveness work. What does it look like to forgive from a place of depth, health, and love? In answering this question, I was reminded of the title of Dennis Linn’s book on forgiveness, Don’t Forgive Too Soon. This is a needed perspective to hold on to as we journey through this case and our own moments of pain and forgiveness.

Linn names the various stages we’d do well to engage as we move towards forgiveness. I don’t presume to know whether Botham’s brother underwent this process, but as we think about forgiveness in our own lives, we’d benefit from wrestling with the complexity of the issue and what’s happening in our inner world.

He writes that “when we are hurt, we are tempted to either act as a passive doormat or to strike back and escalate the cycle of violence.” This book shows how to forgive in an active, healthy way by moving through a five-step process that renounces vengeance and retaliation, resembling the stages of grief:

Stage One: Denial. While we know something ugly happened, we don’t admit that it hurt us. We just go on with everyday life.

Stage Two: Anger. We recognize clearly that we are upset, and we rehearse to ourselves over and over again what the other person did to us.

Stage Three: Bargaining. We contemplate the possibility that we could forgive—but only if the person does exactly what we want them to.

Stage Four: Depression. We begin to give up on waiting for the other to change and we lose hope. We blame ourselves for what happened.

Stage Five: Acceptance. We accept what happened, we recognize that it was in the past, and we acknowledge that have learned from our experience.

This process differs from person to person, and reminds us that forgiveness is an act that oftentimes needs repeating.

What Forgiveness Is Not

I’d like to offer one final thought on forgiveness as there are so many layers. As a pastor who has begun to lead “forgiveness liturgies” during our Sunday worship gatherings, I’ve had to wrestle with the divine call to forgive while not neglecting the human need to feel. Forgiveness is costly, and if we are going to live with integrity and congruence, we need to hold on to the various human dynamics at play.

This is why the church must be reminded that forgiveness doesn’t mean that:

It is possible to hold on to the miraculous act of forgiveness, while practicing profound lament and holding out for justice in our world. It’s hard, but by God’s grace, we can witness this miracle becoming a reality for us. 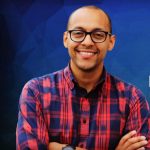 Pastor Rich Villodas is the lead pastor of New Life Fellowship in Elmhurst, N.Y. This article originally appeared at https://www.missioalliance.org/. Reprinted with permission.