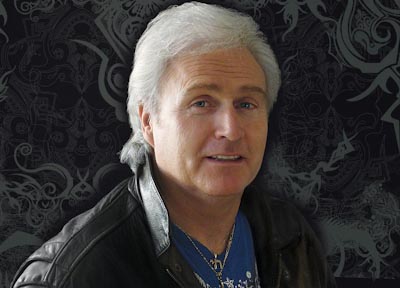 Joey Brennan, drummer for the Pigeons, who became the Vanilla Fudge in the 1960s, toured with some of the legendary artists of that era, including Fleetwood Mac, Ted Nugent, and Aretha Franklin. He also knew Jimi Hendrix.

Like the altered state described in Hendrix’s “Purple Haze,” Brennan stumbled through life as a heroin addict for five years and overdosed around 1976 or 1977. While the exact date may be cloudy, Brennan’s memory of his near-death, out-of-body experience is hauntingly clear to this day.

“A nurse told me I had flat-lined and that I should thank the doctor that saved my life,” he said. “I remember being outside of myself. I was in a tunnel and I wasn’t going up to any great light; I was going down to a very dark area. I know that will freak out a lot of people, but I was fully aware. Now, as I look back, I realize that it was God who saved me.”

Brennan entered a recovery program and subsequently came to Christ in 1980 at the Maranatha Church of the Nazarene in Paramus, New Jersey. He credits Rev. Charlie Rizzo and being part of the pastor’s Emmaus Road Band as major influences in his turnaround. Today, he is thankful that Maranatha Church of the Nazarene is the host site for his C.A.R.E. (Christian Addiction, Recovery, and Education) Ministry after several years at other locations in Bergen County.

C.A.R.E., was founded 25 years ago by Brennan and meets on Monday nights at 7:30 p.m. A Christ-centered 12-step program, the group reaches those afflicted by alcoholism and drug addiction, and also other vices, such as gambling and over-eating.

“We preach the message of the cross,” Brennan said. “Our purpose is to teach others to know God and His ways and experience His power. We preach the Word of God and believe, that through the power of God, all things are possible. It’s not by power, not by might, but by His spirit.” Brennan, of Bergenfield, said Christians and non-Christians all are welcome to attend C.A.R.E., but the emphasis on the Gospel sets it apart from typical 12-step programs.

“We believe that there’s much more strength when one can define their higher power,” Brennan said. “When I went to Alcoholics Anonymous (AA) meetings, which I love and are wonderful, they actually didn’t define God and left that up to the individual. I got to the point where I defined my higher power as Jesus Christ.”

James Bukowiec, of Hawthorne, is Brennan’s right hand man and a fellow believer in the Christ-centered recovery program. “I have been sober since 1996 by the grace of God and keep in active recovery to maintain my sobriety,” he said. “I lost my daughter to a heroin overdose four years ago, and feel all the more that the AA program, and the specific biblical foundation that it comes from, holds the key to restoration for those addicted and those they touch.”

The opioid/heroin epidemic, both locally and nationally, is “absolutely devastating,” Brennan said. “I’ve been working in recovery with people since 1982 and I’ve never seen anything like this. And it’s no longer ghetto areas or low income areas; now it is also in the upper and middle classes.”

Despite a drug addiction that nearly cost him his life and sidetracked a promising career, Brennan’s story is one of redemption. Over the last 30 years, he has found a calling to help those entangled with addictions. He has even reached out to some old friends from the music industry.

“I’ve been able to witness to a lot of peers from back in the day,” he said. “Vince Martell (lead guitarist, Vanilla Fudge) is saved. Rick Derringer is walking with the Lord. Quite a few guys have come into the fold.”

Brennan, who reminisced about attending a birthday party for Hendrix, has certainly come a long way from living among the hippies of Haight-Ashbury in the drug culture of San Francisco.

CARE hosts classic rock acts at events like last year’s “Cinco de Jesus” concert with Grammy Award-winning producer and guitarist Rick Derringer. At these events they seek to raise awareness concerning the opiate/heroin/marijuana addiction epidemic that is eroding societies across our great nation. They are hosted at Maranatha Church of the Nazarene and the concerts usually feature classic rock acts and recovery information.

In addition to the celebratory musical events CARE has begun an outreach through Bergen Regional Medical Center. Their members in strong recovery host weekly AA meetings at the Behavioral Health Services Center, offering their experience, strength and hope and the possibility of follow up meetings at CARE to those in early recovery. Building fellowship is an essential component of recovery and CARE offers that second stage, deeper dive to strong recovery with a Christ centered foundation.

“I thank God every day for the path that He’s put me on,” said Brennan. “One of my favorite verses is Proverbs 3:5-6, ‘Trust in the Lord with all your heart and lean not on your own understanding; in all your ways submit to him, and he will make your paths straight.’ I love that. I had to surrender a lot of stuff and the joy and the gifts that have come because of that have been overwhelming.”

The C.A.R.E ministry experience assisting with DUI, court ordered attendance, families of the afflicted, codependency issues and all the aspects of the addiction cycle. For more information on C.A.R.E., visit or carechrist12.com or visit us on facebook.com/CARE12step.