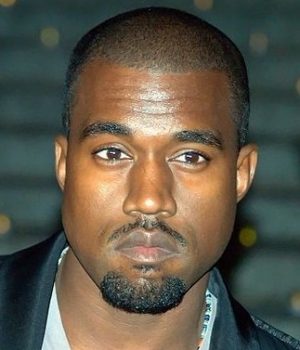 If you have been a follower of Jesus Christ and a student of Scripture you are no doubt familiar with the story of Saul’s conversion in Acts 9. It may well have been his testimony that brought you to Jesus. You could identify with Saul’s attitudes about the church or God and like Saul you were brought to a point of crying out, “Who are you Lord?”

Read the rest of Acts 9 and you quickly come to understand what a remarkable event this was. At first, Ananias and the disciples, aware of his past, refused to believe Saul was now one of them. Soon, however, it became clear he had met the Lord that day on the road to Damascus. To this day, we read that account of Saul/ Paul’s conversion and say God’s grace works in mysterious ways. Truth is, if the Lord can rescue Paul and redeem his life for his glory, there is no one beyond his reach.

What many critics refer to as a publicity stunt and marketing ploy for his new album “Jesus Is King,” those closest to him, including his wife Kim Kardashian West, say Kanye is “born-again.” Kardashian told ABC’s The View, “I think he started this thing to heal himself… and he has had an amazing evolution of being born-again and being saved by Christ.”

His Sunday Service started out as a time of artful worship where West would redeem his and other popular hit songs by exchanging the lyrics to put the focus on Jesus.  For example, “Through The Wire” – written while he was recovering from a devastating car crash in 2002 – became “Through The Fire.”

Recently, he’s included Pastor Adam Tyson in the program. Tyson, of Placerita Bible Church in Los Angeles, met with West after a service. He has been consistently meeting with him for discipleship, often flying from LA to Kanye’s ranch in Cody, Wyoming.

A graduate of The Master’s University, Tyson recently told Christianity Today.com, “I want to he faithful to a new brother in the faith. I want to help him be connected to the Word of God.  I told him, ‘As long as you’re exalting Christ, I’m 100% behind you.’”

Given West’s past of provocative behavior in his professional and personal life it seems fans and foes alike are wait and see. Not unusual since evidence of a true conversation is endurance. However, those who have met West up close and personal say his feelings for Jesus are authentic and “his heart is 100% in the right place.”  It wouldn’t be the first time God’s grace worked in mysterious ways.

Scott Taylor is a veteran of media serving listeners and readers in the New York metro area for over 40 years.