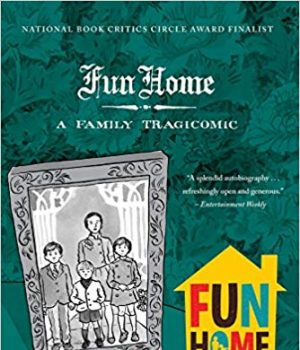 Editor’s note: This commentary orginially appeared in a newsletter from the Family Policy Alliance of New Jersey. Reprinted with permission.

The Watchung Hills (NJ) school district, which has been under fire from alarmed parents over teaching the obscene and pornographic illustrated book Fun Home, is now at the center of a criminal pedophile investigation. Fun Home: A Family Tragicomic is an autobiographical comic book that includes multiple illustrations of gay sex and full male and female nudity.

On June 5, 2018, Sean DiGiovanna, a social studies teacher and faculty adviser for Watchung Hills Regional High School’s Gay-Straight Alliance, testified before the board of education stating: “I have talked to LGBT students about Fun Home . . . It was very positive for them…”

DiGiovanna’s efforts to distribute pornography were not limited to school-approved textbooks and classroom hours. Sadly, earlier this month, he was arrested and charged after a thorough police investigation found him sending nude photos of himself and solicitations for sex to at least one vulnerable student.

The fact that we have to ask ourselves this question is a powerful indicator this content has no place in our classrooms on the desks of our children.

Not only this, DiGiovanna’s words that pornography is not harmful to LGBT students has been disproven again and again. Pornography is harmful to the brains of all minors who view it often. Pornography use has the potential to negatively impact adolescents’ “sexual risk taking, sexual functioning, body image, sexual objectification and sexual aggression,” and can be just as addictive and harmful as drugs.

In a 2007 interview, the author of Fun Home even admitted the sexual impact her drawings might have on viewers stating, “[I]t’s all about the power of images . . . I can understand why people wouldn’t want their children to accidentally think this was a funny comic book and pick it up and see pictures of people having sex . . . drawings are very seductive and attention catching.”

Despite all of the red flags, the Watchung Hills Board of Education has continued to allow this content to remain on the reading lists of our students, completely ignoring parental outcry and carelessly dismissing extensive evidence of the harmful impact pornographic images have on young minds.

We must continue to stand guard over our children’s moral character and their sexual identities. We will not stand by and allow the increasingly sexualized agenda of state curriculum to harm our children! Over the past couple of years, Family Policy Alliance of New Jersey® has been working alongside parents and community members to get Fun Home out of schools, including filing a lawsuit and pursuing a case before the New Jersey Commissioner of Education.

It is an essential and necessary part of our mission to promote and advance policy that will serve families by protecting the rights of parents in education, so that parents can step in and say when enough is enough!

Shawn Hyland is the Director of Advocacy for the Family Policy Alliance of New Jersey.