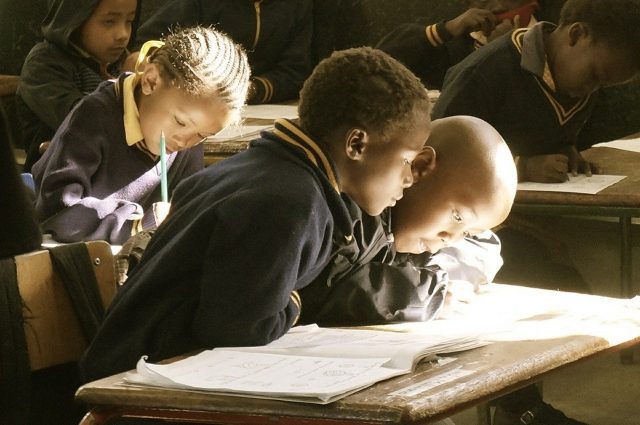 Image by ludi from Pixabay

A rally where a lesbian and transgender male shared how wonderful and fulfilling their chosen lifestyles were. A middle school vice principal who wore a shirt with “I am the G in LGBT.” A first-grade male student who was allowed to use an occupied girls bathrooms without the permission or knowledge of parents.

These are some public school scenarios that officials from the Family Policy Alliance of New Jersey (FPANJ) informed people about while ministering at churches and meetings of parental rights groups recently.

Shawn Hyland, the Alliance’s director of advocacy, shared those stories to challenge people to “remain diligent” in their engagement of their children’s education, “and the rights of parents to educate their children according to their beliefs.”

Hyland and Len Deo, director of the Family Policy Alliance’s northeast region, quoted Ephesians 5:11-13 in their correspondence: “Take no part in the unfruitful works of darkness, but instead expose them. For it is shameful even to speak of the things that they do in secret. But when anything is exposed by the light, it becomes visible.”

At the rally that featured a lesbian and transgender person, students were encouraged to “cheer” and “show support” at the mandatory assembly. Students who did not attend faced disciplinary action.

A mother complained to the district superintendent about the “I am the G in LGBT” shirt, but her complaint was dismissed. The superintendent “clearly indicated his full support of the vice principal’s pride shirt,” Hyland said.

Pushing Back On LGBTQ Curriculum

The FPANJ has been vocal about a pro-LGBTQ curriculum New Jersey public schools will be forced to teach starting next school year.

Pilot programs of the new curriculum will begin in selected schools this winter. “Curriculum coaches” from Garden State Equality, a pro-LGBTQ rights and advocacy nonprofit, will instruct teachers on “how to assist their organization’s endless obsession with sexuality,” Hyland said in another email to FPANJ supporters.

More than 3,500 people have signed the FPANJ’s New Jersey LGBT Curriculum Opt-Out Petition. It states that the law should give parents the option to opt their kids out of the curriculum based on “moral and religious objections.”

The Alliance has been discussing a parental rights amendment to the law governing the curriculum. That amendment could be introduced during the next legislative session in January.

The original bill from February 2018 stated that students must be taught an accurate portrayal of the historical contributions of LGBTQ individuals in social studies. The final bill, which was passed in December 2018, removed the requirement of accuracy. It asserts that students must be taught a positive view of the LGBTQ community, regardless of the facts, Hyland said.