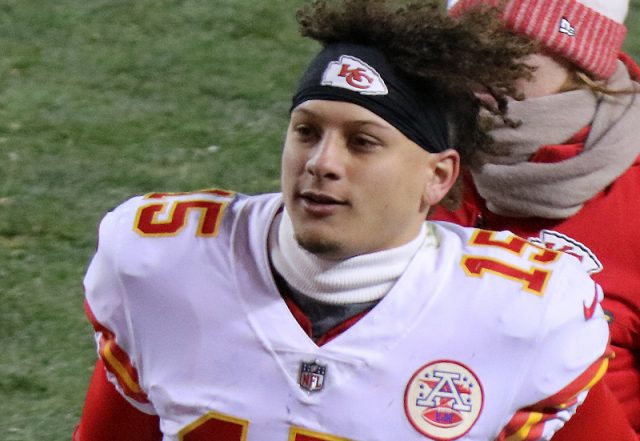 In the book of Philippians, the Apostle Paul reminds us of the importance of having a short memory when it  comes to past failures, and even successes. He writes, “But one thing I do: forgetting what lies behind and straining forward to what lies ahead,  I press on toward the goal for the prize of the upward call of God in Christ Jesus.”

For Paul, forgetting what was behind encapsulated years of religious training and accolades, persecuting the church, and strict adherence to the law. As Super Bowl LIV came to a close last night, I thought of Philippians 3:13-14 and how winning quarterback Patrick Mahomes exemplified this kind of mentality over the course of only an hour or so. (story continues after ad)

Entering the fourth quarter, Mahomes and the Kansas City Chiefs trailed the San Francisco 49ers, 20-10. Mahomes, one of the NFL’s top stars, was missing on passes against the vaunted 49ers defense. He threw two interceptions, but he kept slinging. And believing.

On CBS This Morning Kansas City running back Damien Williams said Mahomes told his teammates to “keep fighting, keep pushing” when they were down.

“We are not out of this game!” said Mahomes, a committed Christian who said he prays before each game to glorify God with this talent (see video below).

When the Chiefs faced a third-and-fifteen in their own territory in the fourth quarter, the win probability was only four percent. But Mahomes, poised in the pocket, was able to throw the ball deep downfield as defensive lineman Nick Bosa closed in on him. Speedy wideout Tyreek Hill hauled in the pass that setup a TD and pulled Kansas City to within 20-17.

In the third quarter, Hill had let a pass bounce off his hands that was intercepted by San Francisco. On the sidelines, Mahomes had told him to “get your mind right and believe,” according to post-game interviews.

Late in the fourth quarter, Mahomes led his team on another drive, throwing a five-yard touchdown pass to Williams for the winning score with 2:26 left.

In post-game interviews, Mahomes talked about “never giving up” and the mantra of Offensive Coordinator Eric Bieniemy.

“Our mindset was to focus on the next play,” he said. “Coach (Eric) Bieniemy always says, ‘The next play is the most important play.”

Words of wisdom from a 24-year old, elite athlete. Words of wisdom we can all live by, as we forget those things that are behind, press toward the mark, and abundantly live today as our most important day.