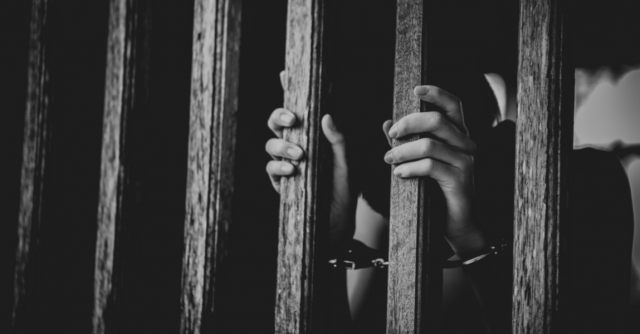 Susan Panzica is waging a fight against a crime that happens every day in New Jersey, but hardly anybody sees: human trafficking.

The victims might be children, boys and girls, or women. They might have been picked up off the street or at a mall. Some of them are runaways. They’re held against their will and often used for labor, or for sexual exploitation.

“Trafficking is very prevalent; 80 percent of human trafficking in the United States is for sexual exploitation, and the rest is for labor; but outside the United States, it is the exact opposite,” said Panzica, who is the executive director of the Justice Network, a nonprofit that works to end human trafficking in New Jersey. “Trafficking happens 365 days a year. There are girls in middle school and high school who are being trafficked by their peers and don’t even realize it.”

Despite New Jersey having one of the toughest human trafficking laws in the United States, there is a demand here because of its dense population, and proximity to New York City, airports and sea ports.

“New Jersey is a hub,” Keyla Munoz, victim specialist for the Federal Bureau of Investigations told New Jersey 101.5. “It exists because there is a demand.”

There are several “red flags” that help people identify modern-day slavery in North Jersey: Reluctance to speak, exhausted, being dominated or controlled, fearful, working long hours, being alienated from family and friends, signs of abuse, or receiving gifts from an older boyfriend.

One popular method of human trafficking or modern-day slavery is known as “boyfriending,” Panzica said. It is a grooming process by which a boy enters into a relationship with a girl. It moves from a mutual caring for one another to the boy controlling and manipulating the girl into thinking that she owes him something.

“Traffickers are experts at pinpointing who would be the most vulnerable victim. They can look at a group and know who the best person would make to target,” Panzica said. “It happens at malls and libraries. It happens in plain sight. There are stories out there of girls who have met someone at a mall and fell victim because the man knew what to say.”

Popular locations where human trafficking victims are: truck stops, hotel rooms, malls, libraries, and other places where a lot of people converge on a regular or one-time basis. Human trafficking has reportedly been known to spike in cities during the two weeks preceding the Super Bowl.

Drugs May Play A Part

Traffickers also use drugs as a way of manipulation. The person can become dependent on the drugs and the person to supply them. It may also come up where someone who was trafficked may be called to testify against their captor.

This manipulation may cause problems when trying to prosecute people charged with human trafficking.

“When you catch someone in connection with human trafficking, the victim may or may not choose to testify against them,” Panzica said.

What You Can Do To Stop Human Trafficking

Volunteers will be trained on how to identify human trafficking, and place soaps in hotel bathrooms. The soaps will have the phone number of the National Human Trafficking Hotline: 1-888-373-7888.

“Even though the awareness of human trafficking is growing, the crime is growing too,” Panzica said. “The only way to end it is to end the demand for it.”

Editor’s note: For more information about combatting human trafficking in New Jersey, visit the New Jersey Coaliation Against Human Trafficking’s website at njhumantrafficking.org/. There is also information on the U.S. Department of Homeland Security’s website.