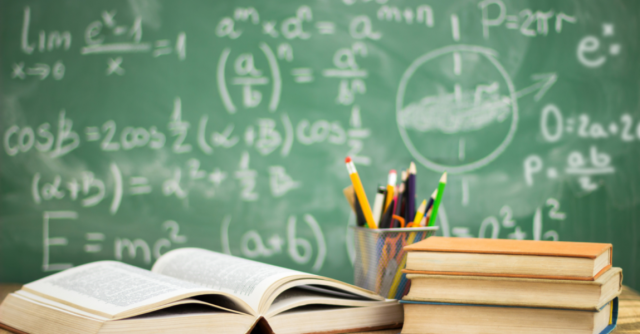 A little over one year ago, the New Jersey Legislature passed, and Governor Phil Murphy signed, a law mandating the teaching of LGBT subject matter in the school curriculum, beginning in 2020-21 (N.J.S.A. 18A:35-4.35).

Garden State Equality (GSE) is an LGBT advocacy organization devoted to instilling its vision of “justice” through an “LGBT lens” throughout society. Consistent with its vision, GSE’s self-described “LGBT-inclusive” curriculum is taught across all subjects, in math, English, social studies, health, science, visual and performing arts, and world languages, beginning in 5th grade. Having New Jersey’s 1.4 million public school students see the world through GSE’s lens is the goal in every class and, thus, the goal of public education. This is well in excess of the curriculum law’s vague requirements. In the manner it is being implemented, the law is simply an instrument that empowers GSE to accomplish its mission and vision.

A number of grassroots coalitions of parents from across New Jersey, representing the state’s diversity, are raising awareness about, and expressing opposition to, the embedding of sexual and gender ideology throughout the curriculum in New Jersey public schools. Historically, the public schools have been the gateway to American society for immigrant families. But now immigrant families all over New Jersey are deeply troubled and perplexed regarding the apparent goals of, and interests served by, public education.

In light of the above, the following is an open letter to School Boards of Education throughout New Jersey.

Members of the Board of Education:

In the implementation of the LGBT curriculum law, you should reject Garden State Equality’s teachings, instead offering instruction that brings about the community goal of educating the students in your district. The sexual and gender ideology advanced by GSE’s teachings and promoted by its curriculum should be rejected for the following reasons:

GSE insists that a biological male who calls himself a woman is, in fact, a woman. If that’s the case, what is a woman? “Woman” becomes a word without meaning. As is the case when a biological female claims she’s a man. GSE’s ideology commands students to use such words. This does not educate, enlighten, or advance understanding. It mandates irrationality within the school curriculum.

GSE claims that its motivations are for the good and safety of vulnerable children. Its teachings and actions result in the exact opposite. GSE demands the giving of puberty blockers and cross-sex hormones to vulnerable children, impeding the development imprinted on everyone of their bodies’ over 37,000,000,000,000 cells. It even demands the removal of healthy body parts. This is profoundly evil. It is the sexual, physical, mental and, emotional abuse of children, manipulating their bodies to conform to an ideology. Teaching and endorsing such practices doesn’t educate, but makes students vulnerable to their own abuse. I don’t use the words “abuse” and “evil” to be inflammatory, but because they are fitting to the described practices. GSE doesn’t accept the right of anyone to impede the imposition of its will on children’s bodies, preventing even parents from taking actions to protect their own children from the abusive measures insisted on by GSE.

The stated goal of sexual and gender ideology is to “get rid of the gender binary.” At a recent public hearing in Trenton, NJ, one advocate characterized such goal as a “must.” We cannot get rid of the gender binary, as we are a sexually dimorphic species. This reality can be denied, silenced,, lied about, threatened, punished, abused, hung, and even buried. But it cannot be “rid of.” The existence of every human being who has ever lived is the union of that which is uniquely male with that which is uniquely female. While GSE may reject this most basic truth of our humanity, no matter its efforts, GSE cannot get “rid of” this truth. And New Jersey public schools should not partner with its futile efforts to do so.

The sexual and gender ideology held by GSE and like-minded advocates addresses the most basic questions of life and meaning concerning our humanity. It even has its own language and vocabulary, which it expects everyone to adopt. It is a totalizing and comprehensive belief system, which functions as a religion. Making it compulsory teaching within public schools effectively establishes such ideology as a state religion. One of its core convictions is intolerance for any dissent. It mars those who disagree with epithets, such as “haters” and “bigots.” Such labels are applied to many families and students within your school district, who would dare to express their disagreement. These accusations even include parents who object to giving their own child the harmful drugs commanded by sexual and gender activists. The ideology insists that every new word, every proposed idea, must not be opposed, but affirmed. Acceptance of sexual and gender ideology renders a person defenseless to its demands. Students who accept such ideology will likewise be unable to accept or coexist with any disagreement themselves. There is no educational value in any of this.

To assist you in making an informed decision that both educates and protects New Jersey students, I commend The Kelsey Coalition , which was formed in 2019 by “a group of concerned parents whose children have been harmed by transgender healthcare practices.” As their website indicates, their membership now includes:

Surely, it would be highly immoral and unethical and contrary to the educational and health interests of the students within your district to not inform them of the severe and irreparable harms resulting from transgender physical interventions, such as puberty-blocking drugs, cross-sex hormones, and body altering surgeries. Sexual and gender ideology pathologizes puberty, teaching that its suppression is a “treatment.” This article from an endocrinologist would educate students regarding life-altering effects on brain development, bone density, and sexual function, among other harms.

Associated with such issues, we are often told we need to be on the “right side of history;” and are warned not to be on the “wrong side of history.” One day, the story will be told. And there will be a chapter devoted to what was done to children’s minds and bodies in the latter half of the 2010s into the 2020s. It will not be a good chapter, but one that will be included among the atrocities that are part of the story of humanity’s inhumanity. It will even be regarded with special horror because children will have been victimized in an impossible attempt to vindicate adult beliefs and behaviors.

I ask you to be on the side of the story where people courageously took a stand to protect children from such harms and horrors.

“Live not by lies.” Alexander Solzhenitsyn.