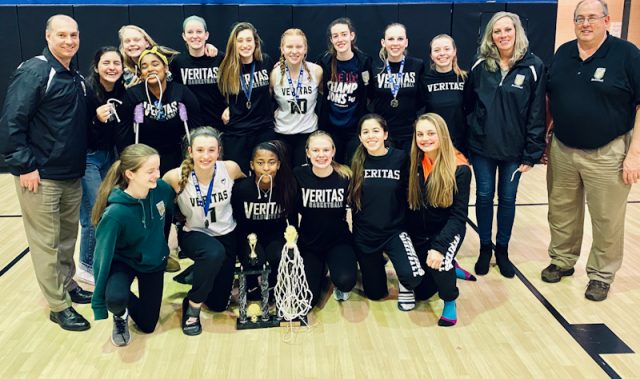 In a world where success in athletics is measured in wins and losses, it isn’t surprising to see players, coaches as well as organizations do whatever it takes to get the win, even at the expense of fair play. It isn’t just seen in the big scandals like the recent Houston Astro sign stealing debacle, but in the little things, from  playing a older player down on an AAU team, rewriting academic credentials to help a marginal student stay eligible, or excuse or even teach poor sportsmanship because of the excitement of winning.

However, if Christians buy into the definition of success being only measured in wins and losses, aren’t we creating a generation of leaders who believe they should be rewarded for achieving the “win” no matter what it costs?

Our athletic programs at Veritas have been successful by the world’s standard of wins and losses, but we decided long ago that our definition of success would be measured differently. We recognized that the athletic field presents a place where personal and corporate goals converge. The team represents their institution and more importantly, their Creator.  The athlete attempts to perform skilled movement at the highest level while learning to handle success and failure under unique pressure.  To us, the effective coaching staff not only teaches appropriate skills, but respect, discipline, and proper response to life’s pressures, doing so in a manner that models Christ to their teams and reveals Christ through the application of Scripture and the investigation of the wonders of His creation.

It has been often said that athletics is a microcosm of life. We believe the statement is true. The continual measurement of one’s team against the standard of another, and oneself against the standard of excellence, presents a unique laboratory for learning how to handle living as a responsible Christian in our world today. Leadership skills are sharpened. Discipline and perseverance are developed. Teamwork is demanded and learned. Christ-like responses to unfair situations are forged. Handling success and failure with the proper perspective becomes a regular opportunity.  Because of the very nature of competition, life issues are pushed to the forefront as the athlete and coach deal with pressure.

One value we hold strongly is the pursuit of excellence in all that we do.  Therefore, wins and losses cannot be the sole criteria for measuring the success of completing our mission because the manner we get there has to count!  Understand me clearly, we believe in winning, and we do it often, but not as the final assessment of success. The sportsmanship and attitudes of the players and coaches, the ability to handle failure and success with grace, the physical, mental and spiritual growth of the individuals involved, and the integration of the athlete with the total school body and with the local community are all important aspects of a truly successful program. The wins and losses become more a byproduct of reaching the level of excellence in the totality of the program than a singular accurate measure of success. (story continues after photo) 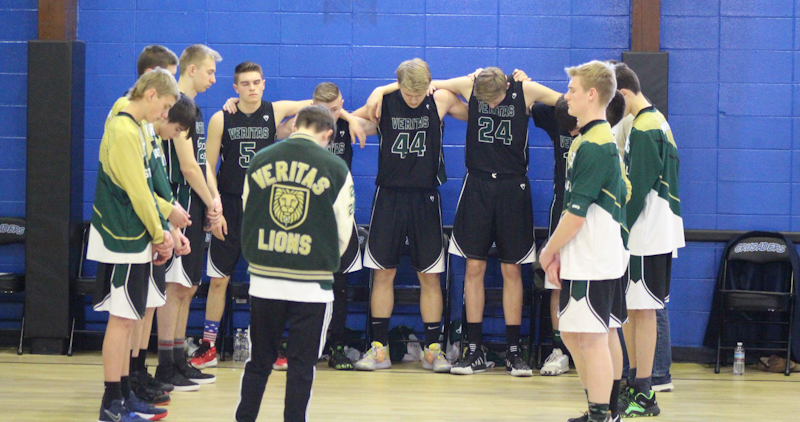 We recognize that the coach can mold the student athlete’s life as few other educators have the opportunity to do. The nature of his or her involvement with students as they face success and failure together leads to teaching opportunities in a unique laboratory.   The responsibility of the coach is to recognize and take advantage of these hidden curriculum moments. Successfully doing so will be seen in the student athlete’s growth, with the goal being the development of Christ-centered, well-rounded leaders prepared to confidently impact their world in whatever field they enter upon graduation.

How is this best accomplished?  First, we need to recognize that sport in and of itself is not an act of, or as it is often in our society, an object of, worship. It is simply a vehicle in which we can express worship through our heart attitudes and using the gifts given us in the pursuit of playing for our Creator’s glory.

At Veritas we hold dearly to Wes Neal’s concept of Total Release Performance. We do not attain to simply beat an opponent, but to use the opponent’s skill to lift us to a higher level of play.  In other words, we play against the aforementioned standard of excellence. Our opponent is a partner who helps us push toward that standard. This moves us from seeing the opponent as the enemy and allows us to freely share Christ’s love with them.  They are not my adversary, but someone who is in my life at such a time to help me grow as a player and a person.  Indeed, they become my teammate in the pursuit of excellence and therefore in giving God glory.

Working within this framework helps the athlete understand that motivation and action should be framed by Scriptural principle and that by doing so, we are able to attain a higher level of play.  In a practical way, this helps a team to not play to the level of an opponent, but to a higher level each time they walk onto the field of competition.

As an aside, I believe this concept has been manifested in our girls’ basketball program as they have won six Metro Christian Athletic Association Christian Character Awards in nine seasons. This award is voted on by the athletic directors and coaches of the 10-member league. These types of awards tend in many places to be given to the last place team who is “nice.” Our winning it so often when finishing 1st and 2nd in the league on a yearly basis is unusual, but indicative of our building of relationships with our opponents while welcoming them in the pursuit of excellence as our teammates. One coach told me that despite her girls rarely being competitive with us, they preferred playing us over any other team on their schedule because they knew they would be better as players for the experience and that we wouldn’t judge them based on their athletic ability, but instead respect them as sisters in Christ.

We also, under the pursuit of totally releasing all we do to honor Christ, begin to understand that pressure is a man-made response based on a limited understanding and viewpoint. We learn that the sun will come up even if we miss our free throw because God is in control! We begin to gain an eternal perspective that helps us understand the priority of our faith over circumstance. This greater understanding not only allows the athlete to relax under pressure and therefore play at a higher level, but also becomes a lesson in life that will stay with them in the most difficult of times.

I personally was struck by this truth when the players and coaches of the Moody Bible Institute 1987 NCCAA Division II Women’s’ National Basketball Championship team gathered for the 25th anniversary of our title. We were together four days. By my calculation we talked about the actual championship for less than an hour our whole time together. We spent the majority of our time talking about the life lessons we learned together through the vehicle of sport and how those lessons carried different individuals through life’s triumphs and defeats, on the mission field, in the church, at work and at home. Basketball was simply the means in which to experience all the things that allowed them to grow into the leaders they are today!

To us, the athlete without Christ in the center of all they do on and off the field of play is incomplete and can never attain their greatest potential. Therefore, it is essential that our coaches know Christ, live Christ, and then articulate Christ in every nuance of the program. We pray, we teach, and we challenge, with intentionality but also whenever the opportunity arises for us to help our students see and live Christ.   When the student understands that by giving worth to Christ in everything they do, including and perhaps especially in their play, they will then truly become living worshipers.  These then will be the leaders who are prepared to impact the world for Him, no matter the place or circumstance He places them!