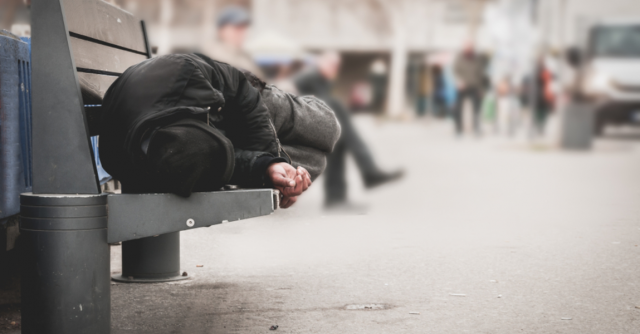 Recently I helped officiate at the funeral of the father of a good friend of our family. I was honored to say some words of comfort and encouragement to all of the loved ones of this very accomplished man. He wrote his own obituary and it was so inspiring to me that I even followed his example by writing my own.

I have been a minister for many years and I have always told people that I much prefer officiating at funerals rather than weddings. It’s not that I don’t like weddings. It’s just that funerals are an appropriate moment for people to think about death, life and eternity–even for those who don’t consider themselves “religious.” I like to speak into that moment to give comfort, hope and direction on how to prepare for their own death one day. I also like to be there in a time of great need for those who are mourning and need someone to stand up for them in a time of great difficulty.

It’s a gift to me to be of service. I think that’s why I like working at New York City Relief. We get to be there for people during the worst moments of their lives.

I once knew a Haitian man named Freddie who lived in an abandoned building across the street from the New York City Relief headquarters in Elizabeth, NJ. He attended the church I pastored, and I remember imploring him to let me help him get off of the streets. Unfortunately, he didn’t take me up on my offer and one night, Freddie had a seizure in that abandoned building and passed away. I held a funeral service for Freddie and all of his family came to celebrate his life, including a daughter I didn’t even know existed. We sang hymns in Creole, ate Haitian beef patties and I shared the hope of salvation in Jesus Christ. Seven people responded to choose to follow Christ and together we found beauty in ashes.

Even in sorrow, we can find hope. It makes me think of this verse from Psalm 9:18: “God will never forget the needy; the hope of the afflicted will never perish.”

The number of deaths of people experiencing homelessness rose by a staggering 39%.

Many of these individuals are buried in a potters field on Hart Island, located a few miles offshore from the Bronx. Wikipedia says, “The remains of more than one million people are buried on Hart Island. The dead are buried in trenches. Adults are placed in larger pine boxes placed according to size, and are stacked in sections of 150, measuring three coffins deep in two rows. Inmates from the Rikers Island jail are paid $0.50 per hour to bury bodies on Hart Island.”

The top five causes of deaths of people living on the streets last year were drugs, heart disease, alcoholism, accidents and cancer. Ten of the people committed suicide. The facts are that, if you don’t have a place to call home, your life will be shortened by 20 to 30 years. It is tragic for these precious souls to pass away in such dire straits and hidden in anonymity–almost like they never existed. Once upon a time, these men and women were born to parents so eager for their beautiful babies to accomplish their hopes and dreams and experience a wonderful life.

I think it is important to remember the lives of those who died in a state of homelessness in order to acknowledge their value and remember that they are precious in the eyes of God. This can give us inspiration and courage to do something about those people who are still alive and trying to survive on the streets right now. We don’t have to wait until a funeral comes to honor someone.

The motto of New York City Relief was borrowed from the United States Airforce Pararescue. It says, “These things we do, that others may live.” I invite you to join us on the streets to build a life-giving relationship with someone who might feel very alone. Show them they matter by giving them your time and a listening ear. We’ll do the trickier part of connecting them to physical resources that they can use to get off of the streets. This is just one way you can help our friends on the streets see a brighter future.

Please consider partnering with us by making a gift to help people see a brighter future at newyorkcityrelief.org/donate. 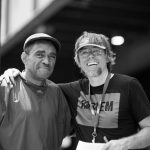 Juan Galloway is President and CEO of New York City Relief. Find out how you can get involved at newyorkcityrelief.org.