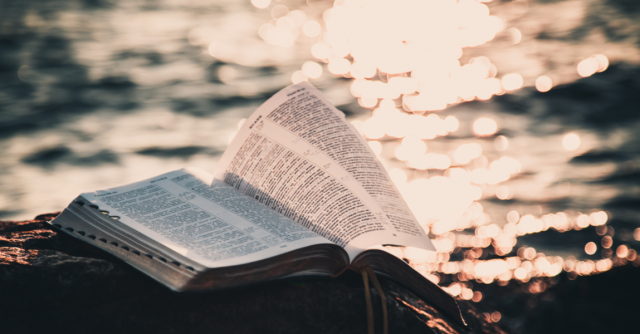 I first learned about fasting through the book Celebration of Discipline by Richard Foster. It was 1996, and I was sixteen years old and a new Christian. The mere idea of going without food was intimidating, but I also didn’t get why fasting would help my walk with God, despite Foster’s capable writing. I tried to fast in small ways here and there at that time, but because of my lack of understanding, fasting did not become a regular part of my walk with God until much later in life, when I joined Christian Union, a leadership development ministry in Princeton, New Jersey.

I joined Christian Union in 2008 and immediately began learning a lot about fasting, among other things. Even though I had already been to seminary and just completed my PhD in New Testament studies, Christian Union supplemented my institutional learning with expertise in teaching Christians how to seek God through fasting and other means. Matt Bennett, founder and CEO of Christian Union, was well versed in both the biblical passages on the essential nature of fasting, as well as the key role that fasting played in the history of Christianity.

Expanding my grasp on fasting inspired me to begin fasting myself. There were two primary lessons that jump-started my commitment to fast. First, the many stories of God’s powerful response to fasting and prayer were incredible. Second, I learned the various ways that God’s people have fasted. The second of these lessons–the “how-to” question–is the one that I find most Christians ask when they consider fasting.

To my surprise, fasting was not as intense as I had assumed. I realized, for example, that most early Christians fasted twice per week, but only until 3 p.m. in the afternoon. John Wesley and early Methodists followed the same practice of fasting two days per week until 3 p.m. Yes, the spiritual impact of early Christians and of Wesley inspired me, but the limited nature of their fasting placed it within my reach. I also learned about other ways of fasting from African Christians who sometimes fast from 6 a.m. to 6 p.m., essentially skipping one meal at lunchtime. I learned that there is no set time for fasting. Each person can determine how to spend dedicated time to refrain from eating, and, instead, seek God more earnestly.

I also learned that fasting could take different forms with regards to abstinence from food and/or drink. Only rarely have believers refrained from both food and drink, which is commonly referred to as a “dry fast” (e.g., Esther 4:16). Usually, God’s people have fasted from food alone. That means that you can drink during the fast. And there is freedom to choose whether to drink non-caloric drinks like water, tea, and coffee, or caloric drinks like juice.

When it came to fasting, knowledge was power. One of the reasons that I never fasted previously was because I had been intimidated by the prospect of eating and drinking nothing all day long. Of course, there are times for intense fasts for whole days and even multiple days in a row, but that’s not where I needed to start. The more that I understood the different ways to fast, the more I wanted to try it for myself. And I’m glad I did. Fasting isn’t the most important practice of following Jesus, but it’s certainly a central one (Matthew 6:1-18) and one that has changed history and my own life at times, all by the grace of God.

Dr. Chuck Hetzler is the lead pastor at Bethesda Grace Church in Manhattan and a senior associate with Christian Union Day and Night (www.dayandnight.org).