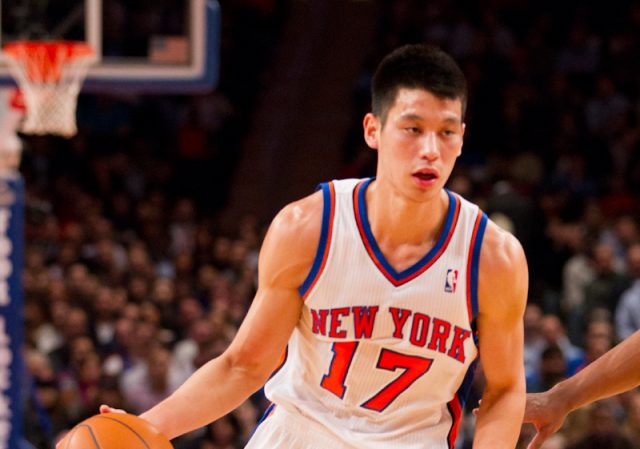 Linsanity—that stretch of games during the 2011-12 season when obscure point guard Jeremy Lin captivated New York City and the NBA and became an international phenomenon—was recently called a miracle by the former Knick.

In an interview with the New York Post, Lin, who is now playing professional basketball in China, recalled a Bible study that season and how his Christian teammates called the thrilling games “supernatural” and sensed the Lord’s presence. The Asian-American player with a Harvard degree was on the end of the bench with a few teams before getting a chance with the Knicks, who were decimated by injuries.

“There were quite a few members [at the Bible study],” Lin told the Post. “We’re NBA players, and we’re used to a high level of success and things like that, but everyone on that team…We all kind of came to realize the same thing…that this is supernatural. This is a miracle.”

In the Post, Lin recalled a Valentine’s Day road game versus the Toronto Raptors as one of the highlights of the season. Lin brought the Knicks back from 17 points down and drained a three-pointer as the clock expired to give New York the victory. With many in the road crowd rooting for him, especially a large contingent of fans of Asian ethnicity, Linsanity continued to pump life into a once-lost Knicks’ season.

A few days earlier, Lin had dropped in 38 points and outscored Kobe Bryant in a victory against the Lakers, one of several electric performances before frenzied fans at Madison Square Garden. During February, he led the Knicks to a seven game winning streak, shooting them back into the playoff picture. Lin became the first NBA player to score at least 20 points and have seven assists in each of his first five starts (Wikipedia).

In the Post, Lin said the different elements of his story—“being undrafted, being cut twice, going to Harvard, being Asian-American, doing it in Madison Square Garden, which is like the best arena, with the biggest fan base in the NBA”—made Linsanity “the perfect storm.”

But the euphoria would soon disappear, almost as abruptly as the manner it arrived. Lin suffered a season-ending knee prior to the playoffs and then signed a long-term contract with the Houston Rockets. After stints with several teams, including the Brooklyn Nets, Lin won a championship ring as a reserve player with the Toronto Raptors last year. Today, he is a member of the Beijing Ducks.

Recently, MSG Network presented a “Linsanity Marathon”—one week of classic games from the 2011-12 season—in order to provide programming to fans who have no live sports to follow in this  Coronavirus Pandemic. In various interviews, Lin was appreciative and humbled that the Knick’s MSG would air his games despite his short stint with the team—he wanted to be a part of anything that would help the people of the Big Apple.

“With COVID, right now, New York is going through one of the toughest times that it has seen in decades,” Lin told ESPN. “It is a very, very tragic time. And the Knicks were like, ‘Hey, we need to do something to uplift everybody.’ ”