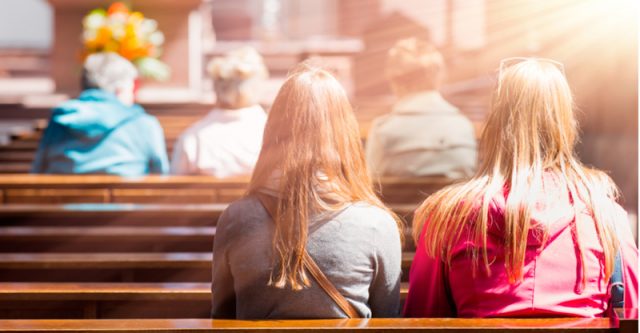 Churches in upstate New York are now allowed to open, while houses of worship in the five boroughs remain closed, at least for the next couple of weeks during the COVID-19 pandemic.

In New Jersey, meanwhile, Governor Phil Murphy today (June 9) announced that New Jersey churches would be allowed to hold indoor services with certain conditions effective immediately. The state raised the indoor attendance limit from 10 to 50 (or 25 percent of a building’s capacity).

As of Monday, June 8, churches in seven New York counties are also able to hold services, but with only 25 percent of capacity. That region of the state is now in phase two of the government’s re-opening plan, while New York City began phase one on the same day. Under phase one, construction, manufacturing, and retail stores (pickup only) opened with an estimated 400,000 people returning to work.

“Be smart. It does not mean you go to a temple or a mosque and you sit right next to a person. You have to socially distance,” he said. “We leave it to our faith-based partners to come up with a smart strategy about the way to do this. But this is an acceleration for us because we are doing so well on the metrics.”

“Evangelicals want Gov. Cuomo to be a partner in public safety who respects the First Amendment and religious freedom,” he said. “We know that pastors and churches can be trusted to take appropriate safety precautions. While we would prefer a more rapid rollback of the state’s temporary limits on religious gatherings, our organization appreciates that this positive step toward our churches has been taken.”

In New York City, the epicenter of the COVID-19 virus, and New Jersey, one of the most impacted states, some pastors have preached caution in regards to opening churches soon. Other Christian leaders in the region are saying that restrictions should be lifted immediately. Some have also wondered why thousands and thousands of people have been freely allowed to protest racial injustice in this area, while churches have been relegated to hold services online and in parking lots due to restrictions which only allow ten people in a building.

Gary DePasquale, pastor at International House of Prayer Eastern Gate in Cranford, New Jersey (also home to The Gate Christian Radio), recently questioned such logic in a Facebook post. DePasquale pointed out how both protesting on the streets and worshipping in churches involve the same actions – speaking, singing and shouting, and gathering together in close proximity.

“Both are protected by the First Amendment, but there are two different responses (from Governor Murphy),” he said. “Something is wrong. My point here is not to rail against the church or against the protests. Both are needed, necessary, and protected. My point is that the church has been singled out during this pandemic like no other entity protected by the American Constitution.”

DePasquale’s comments were made a few days before Governor Murphy announced that New Jersey churches would be allowed to hold indoor services with certain conditions.