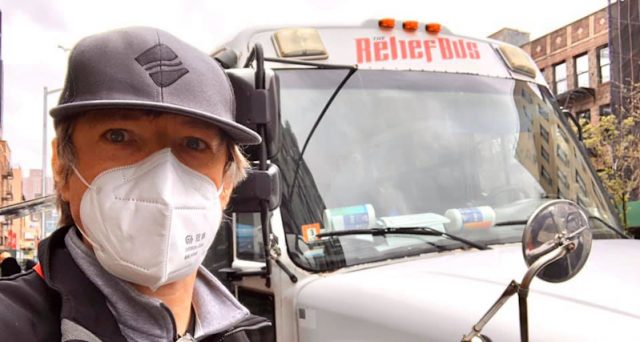 Most people don’t know this about me, but I grew up in a black community in Oklahoma City, Oklahoma. My middle class neighborhood was almost entirely black and my public schoolmates and friends were also almost all black. I guess my parents were pretty progressive in this sense, because they definitely could have afforded to live in a more homogenous white neighborhood or pay for me to attend a private school where I would not be the “minority” in a majority-minority community.

This was the 70’s and the era of the big afro. During my childhood, from ages 5-10, it wasn’t uncommon for me to be called “honkey” in a disparaging way on the school bus or in the hallways of my school. It was a little scary sometimes, but I also had many black kids who accepted me as their friend and equal, especially as we roughhoused together on the playground. We also got paddled together as equal offenders by our teachers when we got into trouble in class.

After my family became radically saved from a life of addiction, and depravity, we moved out of the states to become missionaries in St. Thomas and Tortola in the Virgin Islands. My parents started a church in which most of the congregation were black West Indians. From there we moved to Puerto Rico where they built the first Christian television station on the island, beaming out the gospel in Spanish for free to all who had a tv with an antennae.

Additionally, not everyone knows that my brother is Mexican American and was adopted as a child from Guadelajara, Mexico. I say all this to express my unique and rich upbringing in multicultural and ethnically diverse environments. It prepared me for my work at New York City Relief. Today, I serve a population of people in New York City and New Jersey who are predominantly black and hispanic. Unfortunately, the people I serve are also plagued with homelessness and disproportionately so.

Most people are familiar with blacklights and how they can reveal hidden blood, urine, and semen by making them glow in the darkness. These are contaminants that are invisible to the human eye in the light of day, but are magically revealed by this tool.

This COVID-19 pandemic has been like a blacklight revealing tragic truths that have existed for years in New York City. With the largest homeless population in America (80,000), the greatest city in the world has actually been a humanitarian disaster zone for a long time. 2019 showed a 39% increase in homeless deaths over the prior year.

The crisis became normalized over time as people got so used to seeing droves of beggars that they began to accept this as an unchangeable reality. Recently, because of news media coverage revealing thousands of homeless men and women packed into COVID-19 infested shelters in New York City, the public’s eyes were opened to a dark reality. There are 961 documented cases of homeless people infected with COVID-19 and 87 now dead from the virus. The actual infection and death rates are likely much higher as many never got tested for the virus. The poor are typically very under resourced when it comes to health care. (See a powerful video of one man’s story about what it’s like to be homeless during the COVID-19 pandemic here.)

During the pandemic, while the average citizen was concerned about their own health and hunkered down in their homes, they began to imagine the hell people were experiencing who had no home to protect themselves. The homeless had no place to run and people were starting to take notice.

This COVID-19 virus has not been an equal opportunity infector. Most of the people who have been infected and who have died are people of color. New York City identified death rates among Black/African American persons (92.3 deaths per 100,000 population) and Hispanic/Latino persons (74.3) that were substantially higher than that of white (45.2) or Asian (34.5) persons.

All of us are experiencing brokenness and suffering in America, but our brothers and sisters of color are being hit especially hard. People of color were already struggling in America. Blacks were unemployed 64% more than whites. Blacks make up 12.7% of the US population, but 33% of the prison population. I could go on, but I think you get the idea.

The recent deaths of George Floyd and Ahmaud Arbery have also been like blacklights, but this time revealing the systemic racism that has existed in our country for hundreds of years. White America has had their eyes opened through the technology of cell phone video cameras capturing senseless violence inflicted on black citizens. The dirty secrets of hidden racism have been thrust into our faces and into our homes. It forces us to ask ourselves if we are part of the solution or part of the problem.

Recently, Bishop TD Jakes wrote an excellent opinion piece for Fox News in which he said, “Americans – and Christians in particular – have a moral imperative to tackle this problem.” “Learn to do good: seek justice, correct oppression,” the prophet wrote in the first chapter of Isaiah.”

As a Christian leader, I stand in solidarity with my brothers and sisters who have been stigmatized by the burden of homelessness to the point of not being offered adequate protection from the plague of the century. As the leader of a nonprofit outreach organization, I will continue working to give them not only essential survival supplies during this health crisis, but also resources that will enable them to take their lives back and escape homelessness for good.

I also stand in solidarity with my brothers and sisters of color who have been marginalized and brutalized through our lack of attention, care and equal protection. Our country has no excuse. Silence is no longer an option.

God will not just help those who help themselves. In fact, if we could all just help ourselves we wouldn’t need God at all. God will help those who we link arms with. Together we stand, divided we fall. Together, we are the vehicles for justice and change. Scripture demands that we stand up for others in need, aligning ourselves with the oppressed:

“Speak up for those who cannot speak for themselves, for the rights of all who are destitute. Speak up and judge fairly; defend the rights of the poor and needy.” Proverbs 31:8-9

Both the pandemic and the recent murders of black citizens have shined a spotlight on the underbelly of the American dream. Those on the bottom just keep getting crushed when good people do nothing.

Jesus threw a wrench into the gears of the machine of power and oppression when he came as a poor man born into an oppressed race. His very being represented his heartbeat for humanity, but he made it clear through his teaching and daily lifestyle that he was there to lift up the outcast. In Matthew 25, Jesus represented himself as the hungry, the naked, the prisoner and the sick–all people who were vulnerable.

Jesus didn’t pity them, he called the weak strong and called the poor blessed. Followers of the Son of God must also honor those who have been disenfranchised, pulling them from the fringe into the center. As Bishop Jakes also said in his article, “You cannot be a Christian and stay silent.”

Could it be that the church and American citizens at large are finally being stirred by the crisis of the homeless during the pandemic and the barbarity we have seen inflicted upon black citizens? Will this compel us to do what we can to bring change?

As God uses these “blacklights” I have mentioned to call out injustice, let this be our prayer of activation as we get “woke”:

“Wake up, sleeper, rise from the dead, and Christ will shine on you.” Ephesians 5:14

If we will wake up to our indifference, our silence and our sins of omission, God will use us to:

All of this so that everyone–rich or poor, people of every color, will be welcomed to His feast where all are valued, enriched and loved equally. This is how we can be the answer to Jesus’ prayer, “your kingdom come, your will be done, on earth as it is in heaven.”

Juan Galloway is President/CEO of New York City Relief, a mobile outreach to those struggling with homelessness. Go to newyorkcityrelief.org to volunteer or partner financially so that more people like Joe can see a brighter future.