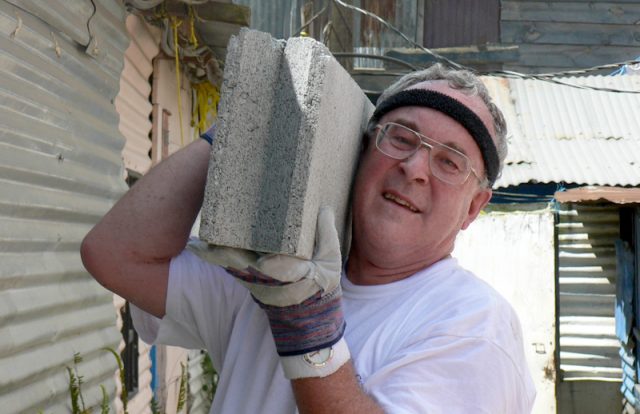 A pioneer of the computer publishing industry is challenging fellow Christians to be bold when it comes to practicing generosity.

David Ahl, of Morristown, New Jersey, is setting an example by strategically donating much of his wealth over the next decade, in part, to encourage believers to step up their benevolence. “I’m so thankful that God has blessed me and enabled me and encouraged me to be generous,” Ahl said.

Ahl, who earned batchelors (’60) and masters degrees (’61) from Cornell, pointed to the efforts of Bill Gates, co-founder of Microsoft Corp., and Warren Buffett, chairman of Berkshire Hathaway, for accelerating some of his all-in mentality when it comes to charity. In 2010, Gates and Buffett started The Giving Pledge, a commitment by the world’s wealthiest individuals to give away half of their fortune before or upon their deaths. The men primarily focus upon causes such as poverty alleviation, refugee aid, disaster relief, global health, education, medical research, the arts, and environmental sustainability.

Signatories of the pledge must be billionaires, and must make their commitment public to encourage philanthropy. While not a billionaire, Ahl is following the example set by Gates, a longtime associate from the early days of the personal computer industry.

Ahl notes he may not be able to vaccinate 22 million kids, for example, but he is the benefactor behind five schools in Central and South America and the Caribbean. “You don’t have to be wealthy to make an impact,” he said.

The retired magazine and guidebook publisher wants to encourage believers of all financial levels to harness the remarkable power of charitable giving. “You don’t have to do some global, huge project,” said Ahl, a father of three and grandfather of two. “Do something. Get involved.”

Creative Computing provided a growing audience of microcomputer users, including educators and hobbyists, with tutorials and applications programs. In 1985, Ziff-Davis Publishing Company  acquired Creative Computing and its sister publications, including a book division, and Ahl continued in his capacity as editor-in-chief.

Ahl has written 21 books and 1,200-plus articles on topics as varied as technology, automotive restoration, marketing, communication, logic puzzles, travel, market research, financial planning, investment analysis, and spiritual inspiration. He also has penned 300-plus Bible studies. His first book, BASIC Computer Games, sold one million copies by 1979. Some of the games compiled in the book served as the basis for more elaborate, modern versions including Lunar Lander. Other titles included Hamurabi and Super Star Trek.

Ahl’s initial exposure to charitable giving came as a child growing up on Long Island in the shadow of World War II. Young David would drop five or so cents of his lawn-cutting money into his Lutheran church’s weekly collection plate.

After selling Creative Computing, Ahl was struck by the nature of his financial security and tangible position to help others in need. He contemplated how God might use him to make a difference in kingdom endeavors. Since then, the multi-talented entrepreneur has supported a variety of organizations, including domestic and foreign missionary organizations.

Although he established friendships among industry forefathers during the birth of the personal computer era, Ahl insists he is far more awed by faithful Christian servants. “It’s not the big names,” he said. “It’s the people with the boots on the ground who are really accomplishing something.”

Since his retirement in 2001 from the publishing industry, Ahl also has developed a passion for missionary service. Since 2003, he has taken about twenty missionary trips, including regular ones to Guatemala and others to Haiti, Ecuador, Peru, and Honduras.

“I prefer to go on a working trip,” he said. “I can see things actually happening as a result of philanthropy.”

Likewise, the Ahls have sponsored schooling for ten-plus children in South America, and they had the pleasure of seeing three recently graduate from high school in Guatemala. “It was heartwarming to have followed them from first grade to high school,” said Ahl.

With that, the computer visionary strongly encourages believers to cast their gazes upon kingdom projects. “I waited too long. Don’t wait until you have some extra in the bank or until the time is right. Now is the right time,” he said. “God will take care of you.”