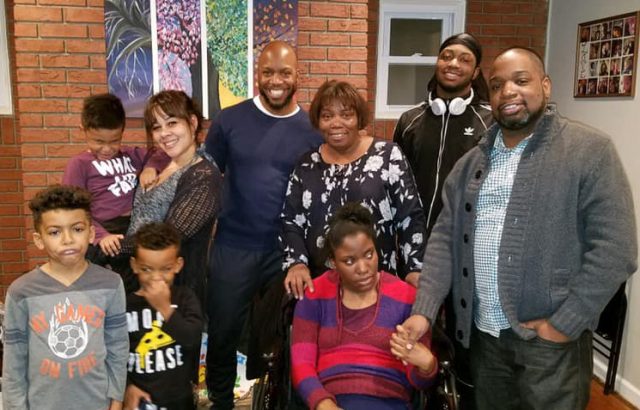 Like most people, Pastor Pat Higgins was heartbroken when she watched the video of Minneapolis Police Officer Derek Chauvin kneeling on the neck of George Floyd.

But as the mother of three African-American men, her heart broke even harder.

“I was afraid and immediately aware that this could be the fate of my sons if they ever come across a Derek Chauvin in their travels,” said Higgins, pastor of Restoration Family Church in Hillside New Jersey.

Earlier this year, her son Mark, who is nineteen, was questioned and searched by police in Belleville when he was out for dinner with church friends.

“He went to get something in the car and turned around to a policeman questioning him. Mark was asked, ‘What are you doing?’ ‘Where are you going?’ The policeman searched his fanny pack, had him take his sneakers off, and then determined he could return to his friends,” Pat Higgins said.

“George Floyd’s experience could have potentially been one of my son’s or any other black man’s experience.”

Higgins shared her thoughts and her son’s experience on Facebook after Floyd was murdered, writing: Yesterday it was George Floyd. Tomorrow it could be your son’s breath.

“This time, I had to say something and take a stand,” she said. “My purpose of posting was to let my friends know that next time this could be something and someone right here in our church community if we don’t take a stand.”

Although she was encouraged by the comforting words and empathy of many of her Facebook friends, Higgins was also disappointed by the silence of others.

“The silence was painful because it came from co-ministers, educators, and friends who serve black men and women,” she said. “These are the kind of religious leaders that walked past the brutally beaten man in the parable of the Good Samaritan…Now, my question to them is, ‘Are you for us or against us?’ ”

Higgins and her husband Pastor Chuck Higgins, who passed away in 2014, raised their family in a Christian home and according to biblical principles. But they also taught their sons how to navigate life as African-American males so “they could make it home safely.” In addition to Mark and daughter Candace, the family also includes Lenard Higgins, an English Literature teacher at Abundant Life Academy in Nutley, and Artie Higgins, a substance abuse counselor for the state of New Jersey, and three grandchildren.

“Our sons and most black boys learn at a very early age that there are different rules for them when interacting with police,” she said, “Most of this info is given way before a black boys teen years. In thinking about this, my eldest reminded me that he was about nine years old when an officer in Kearny called him the ‘n’  word. So many stories came from my older boys that I had never heard until now. This is all so painfully sad. Unfortunately for my older boys the most impactful teaching moment came from them seeing the Rodney King video.”

As Pat and Chuck Higgins instructed their boys on interacting with police, they also taught them that “all cops aren’t bad.” If harassed, they were instructed to remain respectful and calm at all times, even if antagonized: “Keep your hands in sight, don’t reach for anything, watch your tone, don’t argue, and mentally note the badge and name of officer who is abusive. If arrested, call us. Additionally, my older boys were told things like: ‘keep your hand on the steering wheel, move slow, don’t reach for stuff.’”

Despite the anger and disappointment over recent events involving racial injustice, Higgins is not without hope and is encouraging Christians to put their faith into action. She said she would reach out to the Floyd family. She also said, “We need to vote and pray for our governing leaders and those in authority.

“We need to get involved with the people that serve their community.”

Restoration Church has partnered with local police and firefighters by having them come once or twice a year to speak with youth and parents.

“We want to repair the breach between police and young black men,” she said. “In these intimate settings the police get to know us personally and we get to know them. The officers give invaluable information on what our rights are if profiling occurs.”

When asked what white Christians could understand better when it comes to race in America in 2020, Higgins referenced Acts 2:44-47, which details how the early church was “in one accord,” caring for each other, meeting needs, and having all things in common. The result was an evangelism explosion, with the Lord “adding to the church daily those who were being saved.”

“Everybody did their part to make sure all needs were met,” she said. “The result of everyone united in the cause for Christ was effective soul winning. We have to take care of our own before taking the gospel to the streets.”

“As an African-American pastor and, more importantly, as a Christian, I would ask my white brothers and sisters to use your advantage to ensure we all have what we need to fight for equality, justice, and the unity of the body of Christ. We have the missing ingredient, Christ!”