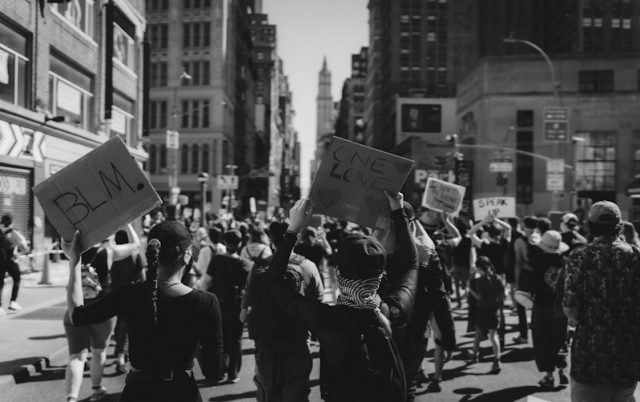 Photo by Lerone Pieters on Unsplash

For two months, most church and ministry leaders have willingly complied with bans against large gatherings, in part because they applied not just to churches, but to everyone.

But recent protests, some involving tens of thousands of people, caused Sen. Josh Hawley (R-Missouri) to say that continued bans might be a First Amendment violation.

Hawley sent a letter to Attorney General William Barr Tuesday requesting that the Department of Justice launch an investigation, saying that state officials are allowing—often encouraging—the free speech of protestors while continuing to place limitations on the free speech of religious Americans. That warrants a full civil rights investigation, he says.

“Under the First Amendment, state officials must not treat religious persons and groups worse than others, and they must not favor one kind of speech over another,” Hawley wrote. “State officials have violated the free speech and free exercise rights of religious Americans by treating religious gatherings and speech differently than the speech and mass gatherings of protests.”

He pointed to a case in May where the Supreme Court rejected the request made by a California church to block the state’s restrictions on religious gatherings. In the request, South Bay United Pentecostal Church of Chula Vista, Calif., said the governor’s COVID-19 restrictions “arbitrarily discriminate against places of worship in violation of their right to the Free Exercise of Religion under the First Amendment of the U.S. Constitution,” according to Daily Caller.

In a 5-4 decision, the justices disagreed. Chief Justice John Roberts said California’s restrictions appeared to be consistent with the Free Exercise Clause of the First Amendment. The decision was handed down the same week as the death of George Floyd by Minneapolis police, and just as the ripple effects of his death began to spark a nationwide response.

“The decision tilted in favor of the state, the Chief Justice wrote, because of uncertainty about whether the church was being treated worse than comparable secular organizations,” Hawley says.

After two weeks of protests, Hawley says no uncertainty remains. “State officials have determined that the message behind the current protests is worth saying,” he wrote. “But state officials cannot block religious speech while allowing protests simply because the states think the protest speech is more valuable.”

New Jersey Gov. Phil Murphy, for example, has spent the past few months urging residents to stay home and avoid large gatherings at all cost due to COVID-19 threats. Aside from New York, New Jersey is the state that has been hit hardest by the pandemic, with more than 12,200 coronavirus-related deaths since March 4. The state has come down hard on businesses that have failed to comply with Murphy’s May 22 executive order, according to Politico.

In today’s New York Post, the cover story headline was “Sick Hypocrisy.” The article said there was a double standard in the city as Mayor Bill de Blasio allows thousands to protest in the street, but has placed strict limits on resautarants and other social gatherings.

In essence, some things are more important than a pandemic. Fine, says Hawley. But you can’t have your cake and eat it too—you can’t encourage one freedom granted in the Constitution and ban another. You can’t encourage thousands to protest closely and restrict religious gatherings to 10 people.

“As our Constitution allows, Americans have the right to peaceably protest,” Hawley wrote. “Millions of people are rightly angry about the death of George Floyd, and they should be able to protest peacefully. At the same time, state officials must not use their support for this protest to infringe the free exercise and free speech rights of religious Americans.”

In the end, Hawley praised Barr for his involvement with the issue thus far. “I urge you to remain engaged, open a full civil rights investigation, and bring whatever lawsuits are necessary to secure the First Amendment rights of all Americans.”

This article is reprinted with permission from Ministry Watch, an independent donor advocate that profiles public charities, church and parachurch ministries. Ministry Watch is also a place to learn about how to be a responsible giver.