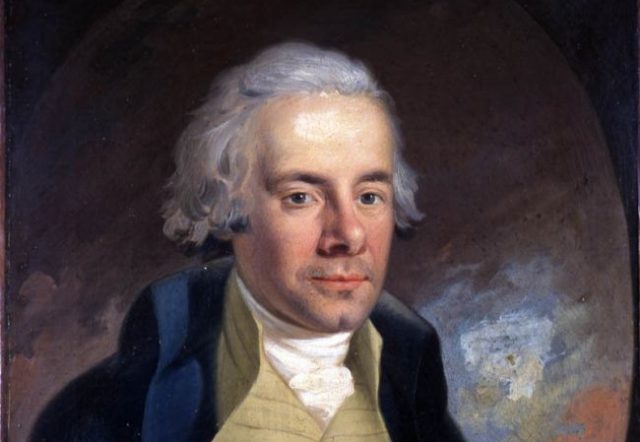 Three days before his death in 1833, William Wilberforce received the news that slavery had finally been abolished in the British colonies. Wilberforce, a member of Parliament, fought long and hard to change public opinion and eventually public policy regarding slavery. The battle was a long one—46 years. The chains of bondage were not broken without a fight.

The first victory came in 1807 when the slave trade was abolished (but not slavery itself). Wilberforce had eloquently debated in Parliament and built evidence and allies against such an evil institution. This first step helped paved the way for the eventual end of slavery in the United Kingdom. It took America three decades and a Civil War to follow suit, but eventually we did. And we can thank William Wilberforce for starting a movement on the other side of the Atlantic that found its way to our shores.

If you want to learn more about Wilberforce, I recommend the 2006 movie “Amazing Grace” (starring Iaon Gruffudd as Wilberforce) or the companion book by New York author and commentator Eric Metaxas, Amazing Grace: William Wilberforce and the Heroic Campaign to End Slavery.

In times like this, we need men and women with the passion and faith of Wilberforce to rise up and stand with our black brothers and sisters in the pursuit of racial equality.

Wilberforce’s faith in Christ and unwavering belief in justice for mankind enabled him to go against the status quo of the day and change the world. John Wesley once encouraged him with these words: “…unless God has raised you up for this very thing, you will be worn out by the opposition of men and devils. But if God be for you, who can be against you?”

Today, in our nation, the march towards equality for all will likewise be one that requires prayer, perseverance, public policy amendments, and even peaceful protests. May God give us the strength and the courage to once again break the chains.