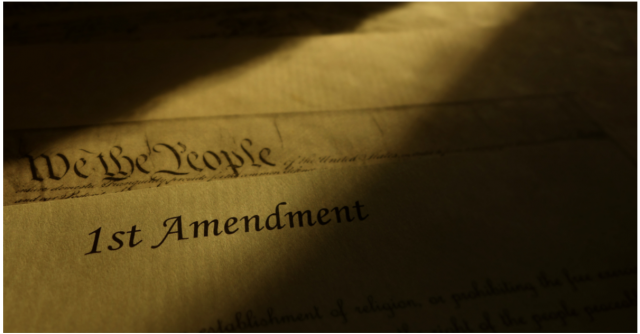 Freedom of Speech passed away last night at the age of 229 in Washington, D.C.

Born in Virginia in 1791, along with other First Amendment siblings, Free Speech lived a long, exuberant, and meaningful life and was credited with bringing about some of the most dynamic social change in American history. Free Speech was the catalyst behind some of history’s greatest oracles and the envy of bound citizens around the world. But the political correctness that emerged at the beginning of the twenty-first century and accelerated into our present age of enlightenment, ultimately, proved to be linked with its demise.

“Free speech fought valiantly until the end, but a majority of the people and some government leaders spoke louder with the elimination of public discourse, the forced acceptance of certain agendas, and the intolerance of anyone whose views and values may cause discomfort in others,” said a Representative of the U.S. Constitution.

Freedom of Speech is survived by Freedom of Religion, Freedom of the Press, and Freedom of Assembly. None were available for comment.