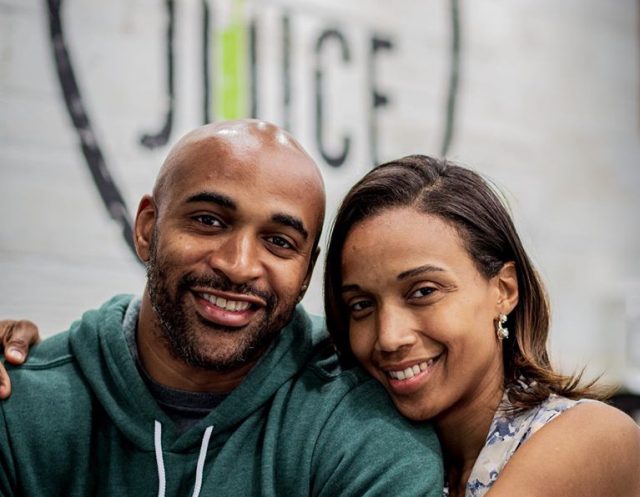 Tyree played football at Montclair (NJ) High School and Syracuse University before being drafted by the New York Giants in 2003. Both a wide receiver and special teams player, he earned a Pro Bowl nod in 2005 for his special teams play. Tyree is best known for his incredible “Helmet Catch” on the Giants’ final drive of Super Bowl XLII in 2008. That catch set the stage for an eventual game-winning touchdown and an improbable 17-14 victory over the previously undefeated New England Patriots. Most media outlets acknowledge the catch as one of the greatest plays in Super Bowl history.

On Saturday, June 28, David and Leilah Tyree held the grand opening for Clean Juice, marking the 100th overall store for the franchise. Clean Juice “sources only the highest quality, premium organic ingredients” for its organic cold-pressed juices, smoothies, açaí bowls, and recently expanded lunch menu, all of which are made on-site directly in front of guests.

“Clean Juice stood out to me immediately, and its brand philosophy matched the high standards and principles I set for myself and my family,” said David Tyree. “Integrity was a cornerstone virtue I valued while playing in the NFL and carries through today as a father, husband, team member and business owner. The Clean Juice brand epitomizes integrity, high-quality and is unwilling to sacrifice its standards. We are proud to introduce Clean Juice and its healthy, organic menu to our community.” 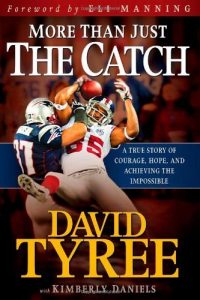 In his 2008 book, More Than Just the Catch, Tyree detailed how his faith in Christ turned his life around, along with the prophetic occurrences leading up to his famous reception of an Eli Manning pass in the Super Bowl.

After retiring from the NFL in 2010, Tyree was later introduced as the Giants Director of Player Development in 2014 where he served players transitioning through the NFL experience. He then held that position for the following six years. Now firmly embedded in the second chapter of his professional career, he has consistently shown an impressive business acumen that expands across various arenas. Tyree and his wife, Leilah, currently reside in northern New Jersey with their seven children.

“As a couple committed to health and wellness, it was important for us to do something that contributed to the well-being of our community,” said Leilah Tyree. “We are glad to be a part of the first juice franchise that is USDA-certified as truly organic. Serving high-quality products is a tremendous opportunity we deeply value!”