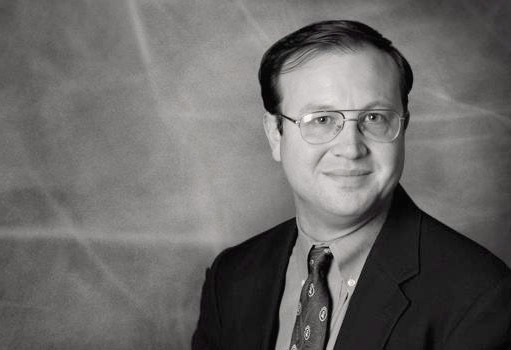 A Stanford University-educated scholar is using his skills as a social scientist to champion pro-life causes from inside the nation’s epicenter of power and politics.

Michael New’s deep-rooted faith calls him to “be an activist on this issue. I can engage these debates in thoughtful, life-affirming ways.”

The Stanford doctoral graduate of 2002 serves as an associate scholar for the Charlotte Lozier Institute, the Northern Virginia-based research and education arm of the Susan B. Anthony List. The Lozier Institute seeks to end abortion via the legal and legislative arenas and to promote opportunities for female leaders dedicated to life-affirming causes. When the institute formed in 2011, New became the think tank’s first associate scholar.

Much of New’s passion for pro-life causes dates back to his undergraduate days at Dartmouth College, where the 1997 alumnus helped launch Dartmouth Coalition for Life. The student organization even staged an Ivy League Coalition for Life conference in spring 1997. During graduate studies, New was actively involved with Stanford Students for Life.

The pro-life movement deeply clicked within New’s core as a college student, and the Pittsburgh native “never looked back.”

Fast forward to January, 2020, New was in high demand for his professional expertise during a series of activities surrounding the 47th annual March for Life on the National Mall. New, who has attended every rally since 2003, researches statistics, trends, and legal and legislative developments involving abortion.

Among his engagements, New served as a speaker for a breakout lunch for Ivy League students on behalf of Students for Life of America. During the gathering on January 25 at the Marriott Marquis Washington, D.C., New urged Ivy League students to “be keyboard activists and promote pro-life ideas on their campuses.”

Still, students should not limit their efforts to hitting keyboards, New said. Rather, they should volunteer at pregnancy help centers or take to concrete sidewalks during campaigns on behalf of 40 Days for Life.

In addition, New challenged students to use their emerging professional skills to promote a culture of life on their campuses and in their future careers. “Be creative, and do not be afraid to be unconventional,” he said.

Likewise, New lamented how the pool of pro-life and Christian voices within higher education is limited, especially at leading universities. “Consider a career in the academy,” he said. “The bench is thin.”

New, a visiting assistant professor in political science and social research at The Catholic University of America, has carved out a niche career by researching, writing, and speaking about the social science of pro-life issues. He regularly gives presentations on the impact of anti-abortion laws plus shifts in public support for pro-life positions.

Also coinciding with the March for Life rally, New served as a speaker during the Law of Life Summit. During the event on January 23 at the Renaissance Washington, D.C. Downtown Hotel, New gave a presentation on significant declines in abortion rates. “This nicely shows that pro-life educational, service, and legislative efforts have been effective,” he said.

At a March for Life gathering, New gave a talk entitled Using Digital Media to Correct Mainstream Media Disinformation during the Family Research Council’s ProLifeCon 2020 at the organization’s headquarters on Northwest G Street.

Such efforts dovetail with the Washington-area resident’s growing work as an expert witness. New has testified during federal lawsuits involving anti-abortion laws in Alabama, California, Illinois, Texas, and Wisconsin courtrooms.

Before settling near the nation’s capital, New held faculty positions with the University of Alabama, the University of Michigan-Dearborn and Ave Maria University. From 2002 to 2004, he also served as a postdoctoral researcher at the Harvard-MIT Data Center.

As New was wrapping up doctoral studies at Stanford, political scientists were uninterested in probing developments in the abortion arena, including the impact of fresh legislation. “The pro-life movement did not have its own social scientist,” said New, now of Hyattsville, Maryland. “I realized I could do this for them.”

Since then, New has appeared on EWTN News Nightly, CBN News and CNN International. His writings have appeared in The Philadelphia Inquirer, The Atlanta Journal Constitution, National Review, The Weekly Standard, The Federalist, and the New York Post, plus a plethora of scholarly and policy publications. In addition, New has spoken at universities including Harvard, University of Pennsylvania, and the Massachusetts Institute of Technology.

New’s extensive credentials also include service as an adjunct scholar with the Cato Institute, a faculty member for Notre Dame University’s Vita Institute, and a fellow with the Witherspoon Institute.

However, New’s efforts are far from limited to the theoretical. Most Saturday mornings, the lifelong Catholic heads to the Planned Parenthood office in Washington, D.C., where he joins with other pro-life activists to offer sidewalk counseling, resources, and prayer to potential patients. Area college students often join him to offer prayer support for the effort and the group later breaks for a time of reflection over coffee.

“It’s good to be a prayerful presence,” said New. “God uses everybody out there.”

Earlier in the year, New also oversaw the 40 Days for Life campaign in Washington. This year’s campaign involved 507 cities, where participants aimed to counter abortion via prayer and fasting, community outreach, and peaceful vigils outside clinics.

For the D.C. effort, participants gathered on the public right-of-way outside the Planned Parenthood offices on Northeast Fourth Street. On February 27, Auxiliary Bishop Joseph Coffey of the U.S. Archdiocese for Military Services, a noted anti-abortion activist, served as the keynote speaker for the campaign.

Not surprisingly, New has interfaced with most of the pro-life movement’s big names, dating back to his years at Dartmouth. “The pro-life issue is more than me sitting at a desk researching,” New said. “You should be doing some work directly interacting with people impacted by this issue.”

Of his life’s work on the front lines of the pro-life movemeent, “I try to do what God calls me to do,” said New.