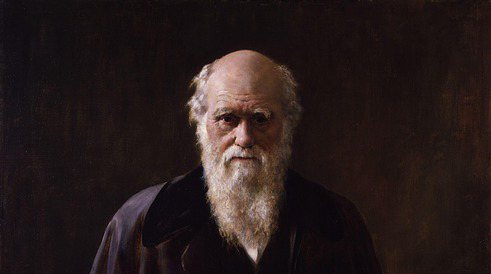 As much as I despise the cancel culture, if there is any cultural icon who deserves to be cancelled for racist attitudes, it is Charles Darwin. Or were you not aware of how his ideas helped fuel the fires of eugenics?

I tweeted a poll on June 23, asking, “Who said this? The ‘western nations of Europe … now so immeasurably surpass their former savage progenitors and stand at the summit of civilization.’”

Of the four choices offered, 4.2 percent voted for David Duke, 10.5 percent for Robert E. Lee, 29.6 percent for Adolph Hitler, and 55.7 percent for Charles Darwin. The majority got it right!

But is this knowledge widely disseminated? Do the countless millions of fawning Darwinists know about Darwin’s racial theories? And if they do, do they simply a turn a blind eye to them?

The same day I did the poll, I sent the link of a disturbing article about Darwin to a friend of mine who is Black and a historian. The article, written by Austin Anderson and posted on the Philosophy for the Many site, was titled, “The Dark Side of Darwinism.”

I asked my friend, “I assume you knew this about Darwin?”

He added, “Racist philosophy, eugenics and white supremacy are the love-children of Darwin. Survival of the fittest is the core of European philosophy and its approaches to colonization and imperialism.”

Did we learn about this in our schools?

Anderson wrote, “Darwin’s defenders most often cited his abolitionist identity, notes from his diaries, or quotes from people who knew Darwin. His accusers, on the other hand, often directly cited text from The Descent of Man. Conclusions drawn from the authorial approach to the question, in which defenders focused on proving that Darwin himself was not a racist, starkly contradicted conclusions drawn from the approach of consulting Darwin’s text itself. I’m familiar with Darwin’s theories, but I had never actually read his books; I suspect the same is true for most of you. However, I found that to determine whether or not Darwin’s theories are racist, the text of his books is revealing and conclusive. Information outside the text of The Descent of Man can help us understand the man behind the pen, but it does nothing to soften the brutal racism and white supremacism found in the text of his theory.”

Which peoples does Darwin describe as “savages”? He is quite generous in his use of the term, including, Australians, Mongolians, Africans, Indians, South Americans, Polynesians, and Eskimos.

Darwin asks, “How little can the hard-worked wife of a degraded Australian savage, who uses hardly any abstract words and cannot count above four, exert her self-consciousness, or reflect on the nature of her own existence?”

This was virtually identical to the reasoning used by European and American slave traders, who viewed the Africans as intellectually inferior human beings, therefore deserving of servitude to the white man.

These savages, according to Darwin, also had lower morality, lack of ability to reason, and less self-control. And, quite naturally, given the survival of the fittest and the ruthlessness of the evolutionary process, the superior whites should conquer and colonize the savage’s lands.

As Anderson notes (while quoting Darwin), “As white Europeans ‘exterminate and replace’ the world’s ‘savage races,’ and as great apes go extinct, Darwin says that the gap between civilized man and his closest evolutionary ancestor will widen. The gap will eventually be between civilized man ‘and some ape as low as a baboon, instead of as at present between the negro or Australian and the gorilla.’ ”

Of course, Darwin should have been cancelled intellectually decades ago due to the abject scientific failure of Darwinian naturalism.

As atheist philosophy professor Thomas Nagel argued in his book Mind and Cosmos, “the modern scientific story of the origin of life through evolution is ‘ripe for displacement’ and it represents ‘a heroic triumph of ideological theory over common sense,’ which will be seen as ‘laughable’ in a couple of generations.” (The subtitle of Nagel’s book is, “Why the Materialist Neo-Darwinian Conception of Nature is Almost Certainly False.”)

There is no viable, materialistic explanation for the origin of the universe, the origin of life, and the origin of human beings (as distinct from animals, with a conscience and a state of consciousness).

That too, however, is not something you are likely to hear in school.

As Nagel wrote, “I realize that such doubts will strike many people as outrageous, but that is because almost everyone in our secular culture has been browbeaten into regarding the reductive research program [about the origin of life] as sacrosanct, on the ground that anything else would not be science.”

Can I give an amen to an atheist?

Unfortunately, the intellectual cult of Darwinism does not seem ready to collapse just yet, as it remains thoroughly entrenched in academia to this day. To oppose it is to be a heretic.

But perhaps, given the dark side of some of Darwin’s theories, theories that were intrinsic to his evolutionary views, Darwin can be questioned morally. Starting there, it will be easier to topple his intellectual house of cards.