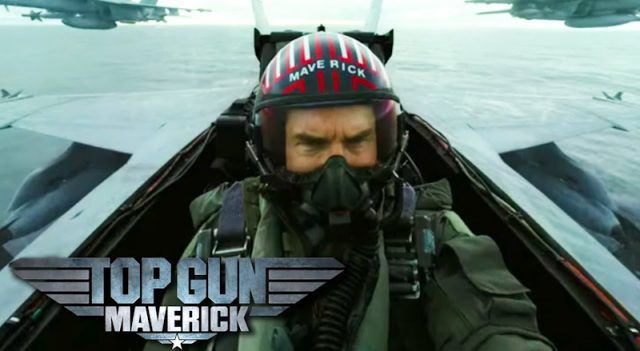 “Top Gun Maverick” is one of several blockbusters to have its opening delayed by COVID-19.

Movie theaters in New Jersey filed a federal lawsuit against the state for not allowing them to re-open because of coronavirus concerns.

The complaint states, “The government-mandated total closure of movie theatres is neither fair nor reasonable, and is instead a violation of plaintiffs’ First Amendment rights of freedom of speech and freedom of expression, Equal Protection of the laws, Due Process under the law, and is a Taking of property without just compensation.”

New Jersey Governor Phil Murphy is listed as a defendant in the lawsuit.

According to Deadline, Murphy paused the opening of gyms, indoor dining, and movie theaters, citing concerns of health officials. Last week, he said, “Our multi-stage approach uses science, data, and facts to determine which businesses and activities can reopen according to their risk level and challenges they face to safeguard public health.”

The lawsuit argues that the governor’s approach “unfairly punishes businesses like movie theaters.”

The National Association of Theatre Owners of New Jersey, with the support of AMC, Cinemark and Regal, filed the lawsuit Monday in U.S. District Court for the District of New Jersey.

The lawsuit also recognizes that the virus is “a serious public health risk.”

The plaintiffs are, “seeking a ruling that theaters are on the same footing as other businesses as well as a determination that Murphy and other officials have acted to deprive them of ‘just compensation.’”

Along with the complaint, theater owners met with state officials to show them their plan for keeping moviegoers safe before opening their doors.

Reopening theaters in the New Jersey area, along with New York and California play a huge role in Hollywood releasing new titles.

TENET and MULAN (2020), the first two major movies set to hit theaters, are scheduled for an August release. Both movies have had their dates pushed twice due to COVID-19.

This article reprinted with permission from Movieguide,®  a family, biblical guide to movies and entertainment published by the Christian Film & Television Commission®. For more information, please visit www.movieguide.org.