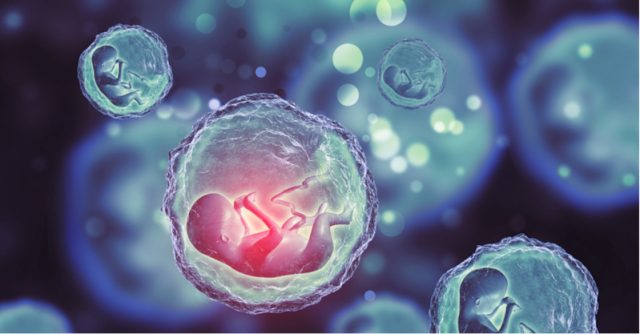 Among the approved messages NBA players can put on their jerseys this season is “I Am a Man.” Presumably, this goes back to the famous abolitionist image depicting a black slave in chains with the caption, “Am I not a man and a brother?”

Abolitionists like William Wilberforce understood that a major key to breaking the power of the slave trade was to humanize the black slave. Once that was done, despite the economic arguments in favor of slavery, the moral arguments would prevail and the backbone of slavery would be broken.

And so it happened, first in England and the British Empire and then in the United States.

Of course, there were many obstacles to overcome, since the black man was viewed as morally and spiritually inferior to the white man. But once he was viewed as a fellow-human being with feelings, with relationships, with goals, with desires, as someone who loved and felt pain just as the white man did, slavery had to end.

Pro-life leaders have understood this principle for years, recognizing that, to the extent the baby in the womb was viewed as “a clump of cells,” the baby was an “it” rather than a girl or a boy.

Even calling the baby a fetus – which is scientifically accurate – helped to dehumanize the personhood of the child. After all, no expectant mother says, “Look at my fetus bump!” Or, “Honey, the fetus just kicked!” And no one asks, “What are you naming the fetus?”

People refer to “the fetus” when they want to eliminate “the fetus.” Speaking of eliminating a baby in the womb is much more difficult.

Even more extreme is the idea that the baby is just a “tumor,” an unwanted, potentially harmful appendage intruding in the mother’s body. As expressed by pro-abortion feminist Florence Thomas (speaking of her abortion in France in the mid-1960s), she felt “a relief. An immense relief.  This tumor went away, disappeared. I could go back to living.”

But if the mother (and father) can recognize that there is a precious human life in the womb, a child with potential and destiny and purpose, a tiny person replete with DNA coding and all, then they would be much less likely to abort that baby.

That’s why ultrasound images have helped reduce abortions. Once the mother sees the reality of the life inside her, her perspective often changes.

As noted by Howard Slugh in the National Review in 2015, “Ever-sharper images make it ever harder to deny the humanity of an unborn child.

“One of the most profound pro-life moments of 2014 came at the hands of an unborn child whose ‘thumbs-up’ bore a striking resemblance to the trademark gesture of Arthur ‘Fonzie’ Fonzarelli. A photo of the ultrasound went viral and inspired mothers to share images of their own unborn children. Millions of people were exposed to a strong pro-life message, even if many of them did not realize it at the time. Even the major news networks, normally reliable shills for ‘reproductive justice,’ admitted that they were indeed seeing pictures of babies.”

It is with the power of these images in mind that I asked my graphics team to create a meme (below) putting two images side by side, the iconic black slave in chains on the left and a baby in the womb on the right. Beneath each image was the appropriate text. For the slave, “Am I not a man and a brother?” For the baby, “Am I not a baby and a sister?” (story continues after image) 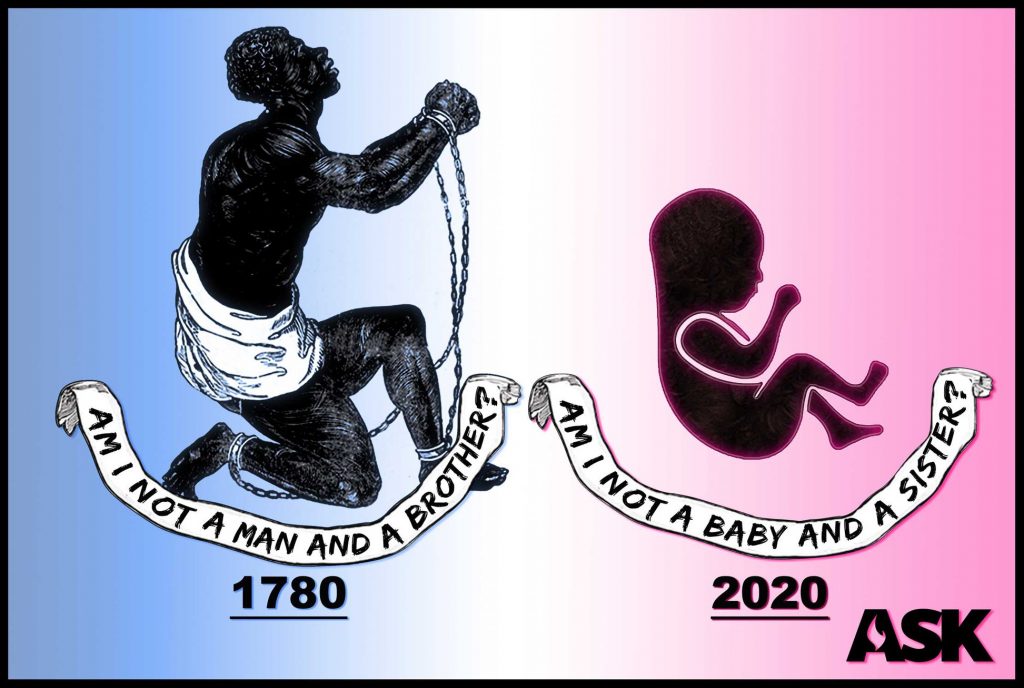 And we posted the meme with a question: Are you on the right side of history?

It is our prayer that God will use this simple meme to help awaken the conscience of many in this generation. If we do not care about “the least of these,” we will not care about the rest.

At this critical time in our nation’s history, when important questions about justice and equality are being raised, let us not lose sight of the little ones, hidden from sight yet terminated and discarded by the hour.

May we rally together on their behalf.