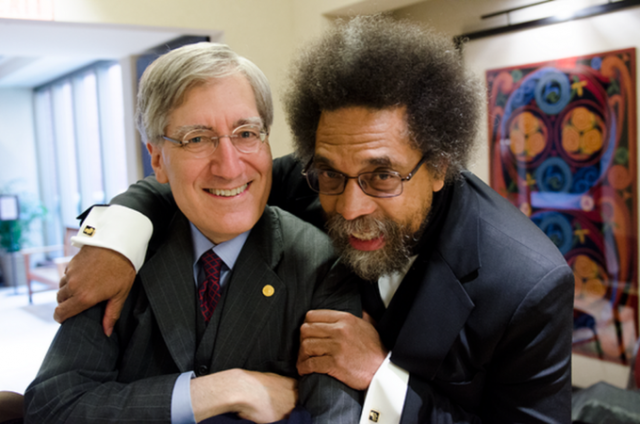 Two Ivy League professors who are Christians – one a liberal and the other a conservative – recently issued a series of Tweets to encourage Americans to speak the truth with honesty and courage to “save our wounded, disunited country.”

Dr. Robert P. George, the McCormick Professor of Jurisprudence and Director of the James Madison Program in American Ideals and Institutions at Princeton University, and Dr. Cornel West, Professor of the Practice of Public Philosophy at Harvard University, are known as “the intellectual odd couple,” according to insidehigher.com. Despite their stark ideological differences, they developed a friendship when West and George were colleagues at Princeton.

The two men talked about that friendship at an event sponsored by the Kenan Institute for Ethics at Duke University.

George, a conservative who has served as chairman of the United States Commission on International Religious Freedom, said, “Friendship is fundamentally volitional. It is willing the good of the other for the sake of the other. Where we fail is when we lose track of the other person’s humanity.”

In July, George and West issued a series of 20 Twitter posts in an effort to foster better communication, understanding, and action in our national discussion on race.

From Cornel West and Robert George
To all of our fellow Citizens:
Honesty and courage alone can save our wounded, disunited country.
We need the honesty and courage to speak the truth—including painful truths that unsettle not only our foes but also our friends and ourselves. 1/

Another tweet called for personal accountability “to express dissent—to say, ‘no, I will not go along’—when conscience tells us that our own ideological or political tribe has gone astray……to stand up—standing alone, if necessary—to speak the truth, as God gives us to see the truth, to the politically, economically, and culturally powerful as well as to the relatively powerless.”

George and West challenged Americans to agree to disagree in a civil manner: “We need the honesty and courage to recognize and acknowledge that there are reasonable people of goodwill who do not share even some of our deepest, most cherished beliefs. This is true for believers and unbelievers; for conservatives as well as progressives.”

The thread closes with four Tweets directed toward President Donald Trump and Senator Joe Biden, including this charge: “Hold yourselves to higher standards. We plead with you to exemplify the honesty and courage that all of us must embody if we’re to reunite this nation and rebuild civic friendship…”

“Honesty and courage could finally give ‘this nation, under God,’ the great blessing for which Harriet Tubman struggled and sacrificed and Abraham Lincoln prayed and acted: a new birth of freedom.”

As the two distinguished professors have modeled civility and mutual respect for many years, they called on citizens of the United States to do likewise:

“PS: Fellow citizens, we can do this. Reach out to each other. Build relationships of mutual respect–even esteem–across the lines of difference. Let’s work together where we agree, and conduct ourselves honorably in the forums of democratic debate where we disagree. Join us.”

To read the thread of all the tweets from Dr. George and Dr. West, click here.