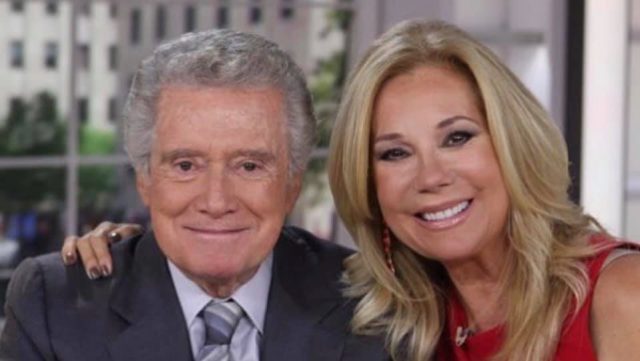 Kathy Lee Gifford honored her dear friend Regis Philbin with a heartwarming and hope-filled tribute on social media following the death of the television icon.

“There are no words to fully express the love I have for my precious friend, Regis,” she wrote in an Instagram post. “I simply adored him and every day with him was a gift. We spent 15 years together bantering and bickering and laughing ourselves silly—a tradition and a friendship we shared up to this very day.”

From 1988 through the year 2000, Gifford and Philbin co-hosted Live! with Regis and Kathie Lee. In 2001, Kelly Ripka joined Philbin as a co-host for Live! with Regis and Kelly, a show that continued for a decade. Philbin, who holds the Guinness World Record for the most hours on U.S. television, also hosted several popular programs, including Who Wants to Be a Millionaire. According to media reports, he died of natural causes at the age of 88 on July 24.

Gifford, a devout Christian, co-hosted the Today Show with Hoda Kotb for over a decade before leaving in 2019. In her recent Instagram post and in another article, the acclaimed television personality shared some details about Philbin’s faith.

“I smile knowing somewhere in Heaven, at this very moment, he’s making someone laugh,” she wrote. “It brings me great comfort knowing that he had a personal relationship with his Lord that brought him great peace.”

In a New York Post article, Gifford talked about visiting Joy Philbin, Regis’ wife of 50 years, following his death and sharing comforting words with the family.

“I was just grateful to have the time with them, comfort them a little bit, let them know that I believe with all my heart that I know where Regis is and I know who he’s with because I had many, many conversations with him over the years about faith, and about where we go when this life is over, and he was very curious, as always,” Gifford recounted.