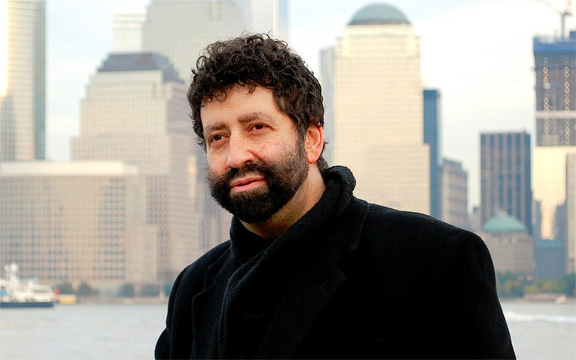 Editor’s note: This article was first published in 2012. Tristatevoice.com is reprinting it at this time in light of the pandemic and racial unrest in the United States in 2020.

With the urgency and fervency he uses to blow the shofar as the pastor of a messianic congregation, Jonathan Cahn has released a book that is a prophetic warning to America.

Cahn’s first book, The Harbinger: The Ancient Mystery that Holds the Secret to America’s Future, quickly became a New York Times best-seller and has struck a chord with many readers, especially those who take the words of 2nd Chronicles 7:14 seriously: If my people, which are called by my name, shall humble themselves, and pray, and seek my face, and turn from their wicked ways; then will I hear from heaven, and will forgive their sin, and will heal their land.

The pastor/messianic rabbi of Beth Israel Worship Center in Wayne, NJ, Cahn felt inspired to write The Harbinger following a visit to Ground Zero in 2004. That’s where the first clue in what he saw as an unfolding mystery was revealed.

“At the corner of Ground Zero, I saw the first piece of the puzzle, the remains of a sycamore tree,” said Cahn, who is the president of Hope for the World Ministries and can be heard on WMCA and other Christian radio stations nationwide.

He made a connection between that sycamore tree and the ones in Isaiah 9:11 that were destroyed following an attack on Israel—an attack that served as a “harbinger” of things to come.

“The Bible speaks of a first warning, a shaking, an enemy attack,” he said. “It was the first wake-up call before the destruction of Israel.”

As he began to study this mystery, he began to see the similarities between ancient Israel and twenty-first century America. He preached a series of messages with his congregation on the topic and was encouraged to share it with a broader audience. And the idea for The Harbinger was conceived.

Just like Israel was given nine warning signs before its ultimate destruction, Cahn believes that the terrorist attacks of 9/11 and the events that followed were also warning signs of impending judgment. The book, written in a narrative style, features these nine clues.

Although The Harbinger’s two main characters—Nouriel, a New Yorker, and Prophet, the one who helps unveil the mystery—are fictional, the book is based on facts that are all too true. 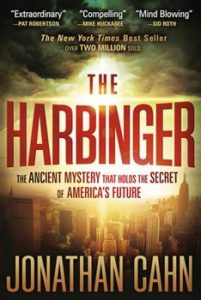 As He did with ancient Israel, Cahn believes God has likewise As allowed America’s hedge of protection to fail and an enemy to breach its borders in a devastating strike that began on Sept. 11, 2001. It was, as with Israel, a nation’s wake-up call.

Another key verse in The Harbinger is found in Isaiah 9:10: “The bricks have fallen down, but we will rebuild with dressed stone…”

In The Harbinger, Cahn points out that this verse was quoted three times by U.S. politicians in the days and years following the attacks. At first glance, they seem like very honorable, patriotic things to say, but when they are examined in the context of Isaiah 9, they can be dreadful statements, akin to shaking your fist at God and saying, “We will rebuild, without your help.”

And isn’t that exactly what has happened here in New York? Sure, churches were packed on September 12 and the term “God Bless America” was reborn, but it didn’t take long for that wave to subside.

“There was no real repentance,” Cahn said. “In the 10 years since, we have moved even farther away from God.”

The Freedom Tower is currently the tallest building in New York and will be the highest in the nation when it’s complete. But we will rebuild. On the 10-year anniversary of the worst attack on American Soil, New York City Mayor Bloomberg did not invite a single clergy member to the ceremony, despite the vital role many played in the hours and days. But We will rebuild.

Speaking of the hallowed soil of Ground Zero, Cahn calls it the spiritual birthplace of our nation. When George Washington was inaugurated on April 30, 1789,  New York City was the capital of the United States. After the ceremony at Federal Hall, he walked down to St. Paul’s Chapel, where he dedicated the fledgling nation to God in prayer in the same manner that Solomon dedicated the Temple in ancient Israel.

And financial idols have fallen since the terrorist attacks. Cahn traces the great recession of 2008 to 9/11 in one of the book’s most compelling chapters.

In an article he wrote for Charisma Magazine, Cahn reflects, “The crash of 2001 and the crash of 2008, the two greatest financial collapses in Wall Street and American history up to the time of their occurrence, each happened on the exact same Hebrew day—the day specifically appointed in the Bible for the judgment of a nation’s financial realm—and the sign against a people who have departed from God.”

In writing The Harbinger, he hopes that people will return to God. And even though the book can be seen as a mystery, or a doom and gloom story, Cahn said it’s ultimately a love story about God’s concern for his people and his plan to save them through Jesus Christ. 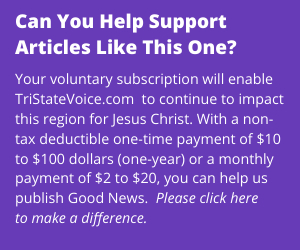