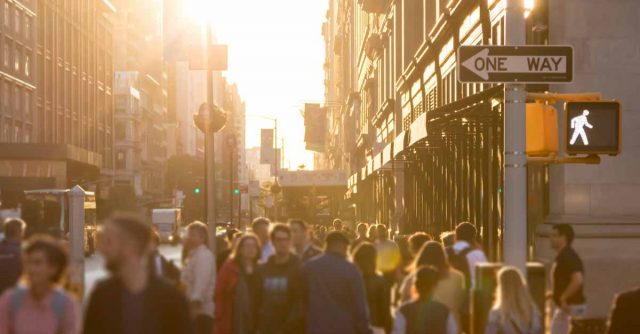 In the 18th Century, most of Europe was on fire. Bloody civil wars and revolutions were decimating nation after nation. Unrestrained injustice, government and Church corruption, slave trade and the oppression of the poor created a powder keg for violence. Miraculously, Great Britain escaped the horrors of civil war and the brutal savagery that revolutionary anarchy engenders.

Few ancient monarchies are still in place today. The mystery of the UK’s capacity to honor the old guard, while raising up a more democratic system without a revolution, is a sociological wonder. Many credit the Great Awakening, in particular the Methodist movement, launched by John Wesley, for this extraordinary and peaceful transition.

Methodism unleashed an army of “little Christ’s” all over Europe. They cared for the poor, took in unwanted and abused children, fought unjust laws and labor conditions, visited prisoners, and battled against slavery; They joined hands with the Apostles and “turned the world upside down.” Eventually compassion became fashionable.

The very concept of having concern for suffering people outside the basic family structure, never mind other countries, was unheard of before Methodism brought to Europe this attitude of benevolence. Over two centuries later, there is still a powerful sense that to be compassionate is an American virtue. The virtue is not American, it is purely Christian, and we have the Great Evangelical Revival of the 18th Century to thank for it.

In these troubling days, there is much we can learn from John Wesley and the Methodists. He positively impacted England and most of the Western world mainly because of these three things:

Although his ministry may have brought about more positive social reform than any in his millennium, he never strayed from preaching the glorious story of salvation in Jesus name. He traveled over 250,000 miles, mostly on horseback throughout the United Kingdom, sharing the good news to the poorest of the poor in fields and outside coal mines. He did not plan to launch a social reform movement but years later realized that these transformed souls forged a transformed world.

The biblical teaching of Wesley flourished, launching a compassion revolution that pushed a nation—that should have erupted in flames—off the cliff of revolution and onto a robust course of meaningful reformation. Mercy and social justice became popular. “Kindness became the new cool.” Between the passionate work of the people of God and the good will of the populace, the government was forced to enact vital reforms that eventually set the standard for all civil and just nations.

His peers and protégés abolished slave trade, passed labor laws for children and adults, and radically served the desperately poor, helping them to transition into a healthy, noble middle class with political influence that accelerated proper reform.

Thus, the only horrific bloodshed of this revolution was the blood of Jesus, the Prince of Peace, who, with His blood, reconciled ALL.

America is in desperate need of a Christ-infused revolution of compassion. We are a land of churches, who are well positioned to hear and answer the cries of our struggling communities. If a critical mass of congregations committed themselves to radically sharing the Gospel and passionately serving under-resourced/at-risk communities, we will see peace powerfully rise in these times of trouble. This will also enable, as in the days of John Wesley, wise reformation to take place because the true Christian Church is theologically hardwired to bring about peaceful, meaningful change that benefits all. I have written much about this in my book, Samaria, The Great Omission, and treasure every opportunity to strategize with churches who have a heart to minister in this way.

Let us stand in the gap as cultural/community peacemakers and healers in this season of sorrow and division. May our magnificent obsession be Jesus, the everlasting, ever loving, rescuer of the oppressed and Father of all.

Beidel is in the process of launching The Kevlar Collective, a model for community healing which focuses on creating just, safe and holy sanctuaries in the housing projects of NYC by weaving and layering together: churches, non-profits, schools, public housing gatekeepers, and police and marketplace partners until a community is flourishing and bulletproof.