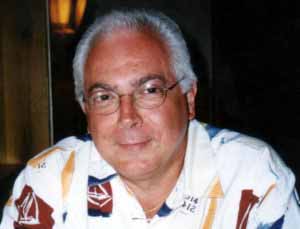 Editor’s note: The following story originally appeared in the Tri-State Voice in November of 2001. In the aftermath of the terrorist attacks on the United States, we wrote several features on the evidence of God’s grace and how local ministries responded with compassion to hurting, shell-shocked people. I also had the privilege of writing about Staten Island native and New Jersey resident Al Braca, one of 2,996 people to perish that day. Although we never met, writing about his legacy left an indelible mark on me—Al was clearly a man who loved his Lord, his family, and the people he met every day. Jean Braca, his dear wife, passed away in 2014 at the age of 66. This year, on the 20th anniversary of 9/11, I’d like to present a reprint of that article.

Al Braca had a passion for lighthouses. He would visit them. He would collect them. His favorite song was even entitled “The Lighthouse.”

On Sept. 11, 2001, as The World Trade Center burned after being struck by two hijacked planes, 54-year old Al Braca became a lighthouse. A corporate bond broker and a vice president at Cantor Fitzgerald, his office was located on the 104th Floor of Tower One, not too many stories above where the first plane exploded. The flames and billowing smoke below made escape impossible, but Al Braca wanted to help desperate people know they could be “saved.” Cell phone calls and messages from victims to their spouses and family later revealed that he led approximately 50 co-workers in prayer. In those final moments, Braca was no longer a vice president at Cantor Fitzgerald, he became what some at the company had previously and sarcastically nicknamed him—“Rev.”

Braca also wanted to reach out to his family in Leonardo, New Jersey, but to no avail. The serenity of the Jersey Shore must have seemed so far away at that point. That’s where his wife of 33 years, Jean, and their four children—ages 16-31—were hoping and praying. That’s where his church family at Calvary Chapel Four Winds was also holding vigil. The best Braca could do was to reach an MCI operator with a heartfelt message: “Tell my family that I love them.” It took her a month to track them down, but the operator finally did deliver his message on Oct. 12.

“The last thing my dad did [involved] the two things most important to him—God and his family. He loved to lead people to Christ,” said his son Chris, 16. “That takes away a lot of the hurt and pain.”

Chris had the chance to eulogize his dad at a memorial service at the PNC Arts Center in Holmdel, NJ. “He was a great father,” said Chris. “He never set restrictions, but taught us right from wrong by using the Bible. He taught me how to love and how to be a man of God.”

“What I treasure most about my Dad is the love he had for his family,” wrote Deanna in a devotional book-let that was distributed at the funeral. “My dad knew how to die to self and put others before him. I have so many wonderful memories: from camping trips, family vacations, to holiday traditions.” His wife, Jean Braca, owns 33 years of precious memories, which began in the couple’s native Staten Island before they migrated to Monmouth County 10 years ago.

“We used to talk all the time—three, four, five times a day,” she said. “We would talk, pray, encourage each other—that’s the hardest part of this.”

Al and Jean served the Lord together and opened up their home for Bible studies and fellowship. They directed the married couples ministry at Calvary Chapel Four Winds, where Al was recently appointed to be a deacon. Part of his responsibility included the oversight of new believers.

At work, he also looked out for people in many ways— whether it was sharing his faith, praying with someone, or counseling a man who drank too much. Jean said the cutthroat atmosphere at Cantor Fitzgerald was taking its toll on her husband and he considered an early retirement, possibly helping his son-in-law open a pizzeria. But he never compromised his faith at the office, a place he called “Sodom and Gomorrah.”

“At work, he was constantly ridiculed,” said Jean. Before leaving for the train station each morning, he would prepare himself by praying, reading the Bible and waiting for God to speak to his heart.

When terrorists tried to blow up the World Trade Center in 1993, Al Braca helped a woman with asthma escape the building. When Jean Braca learned about the recent attack, she knew that her husband was again helping someone. Because of a heart condition, friends and relatives shielded Jean from the television after the second plane hit. That evening she found out how both Towers had crumbled and held out hope that Al was okay. Within a few days, the harsh reality began to set in. A week after the attack, a policeman knocked on her door and told Jean Braca that they had found her husband’s body. Al Braca was one of nearly 700 Cantor Fitzgerald employees who died in the tragedy. Jean was thankful that his body had been recovered—one of the few to be found in the twisted rubble in Lower Manhattan.

“I said ‘praise God’ that his body was found,” recalled Jean. “I know I would have looked for him for the rest of my life. I needed the closure. My hopes and dreams went down with that Tower, but God will give me a new life. I am trying to keep close to Him. God is faithful.” Her faith in Christ has given her strength to even forgive Osama Bin Laden, the suspected ringleader of the attacks.

“I’ve forgiven him. Christ forgave me,” she said. “I don’t want bitterness in my heart. I want to be used by God in a mighty way.” Al Braca’s legacy will continue with those he touched and also with the Fellowship of Christian Athletes (FCA), a ministry that he heartily supported. A memorial fund has been established that will send kids to FCA sports camps each summer. A second memorial fund will help pay for Chris Braca’s college education. Chris is a FCA Huddle Leader at Middletown South High School.

“Al was a great guy,” said Harry Flaherty, director of NJ/NYC Fellowship of Christian Athletes. “He had a great sense of humor. He always made himself available.”

As Jean Braca reflects on the life and death of her husband, she feels a mixture of sorrow and joy. “Al’s in heaven, glorifying the Lord,” she said. “He’s won his race.”

Tom Campisi has served as the editor and publisher of the Tri-State Voice since 1995. He welcomes your comments about this article or anything that is happening in the Metro New York Christian community. E-mail him at Tom@Tristatevoice.com.